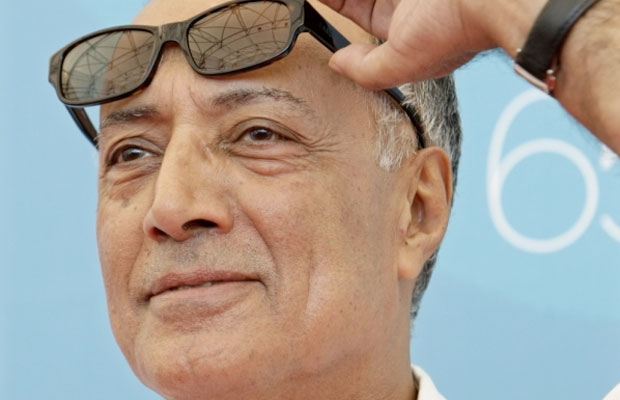 [tps_footer]Highly acclaimed Iranian filmmaker Abbas Kiarostami has breathed his last. Kiarostami whose name is associated with the Iranian New Wave cinema is no more. Abbas Kiarostami’s career has a record of more than 40 years. His film ‘Taste Of Cherry’ won the Palme d’Or.

Kiarostami was known for his experimental film making. The highly talented filmmaker made films even though there was government resistance.  The artist died in Paris where he was undergoing his treatment for cancer.  The writer and director also had a surgery in Iran earlier this year.

Abbas Kiarostami is survived by two sons, Ahmad and Bahman. The credible director was fearless to the core and had also expressed in a conference that Iranian government has put a spoke in the wheel of independent filmmakers.

Kiarostami worked out of Iran because of government resistance. Many Indian filmmakers also gave tribute to Abbas Kiarostami. The legendary artist was an inspiration to many. 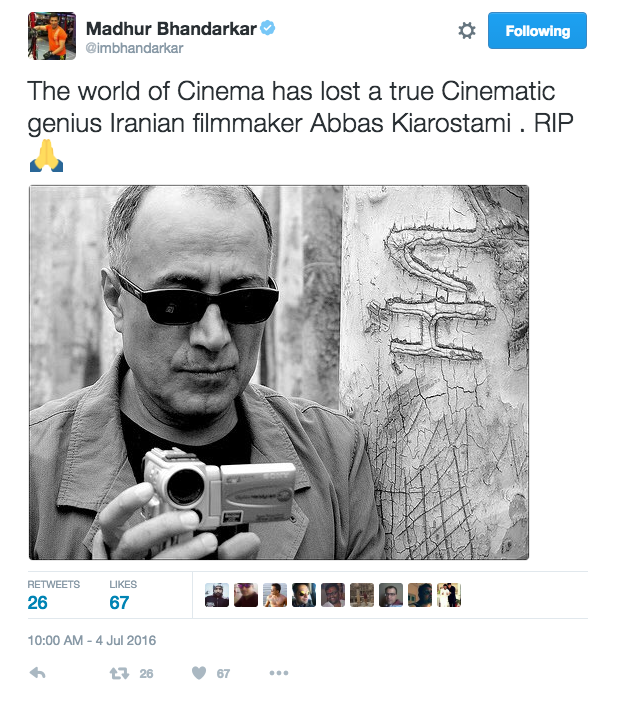 Mira Nair tweeted, “Rest in peace and beauty and complexity you brought to the world with your unforgettable cinema, Abbas Kiarostami.” 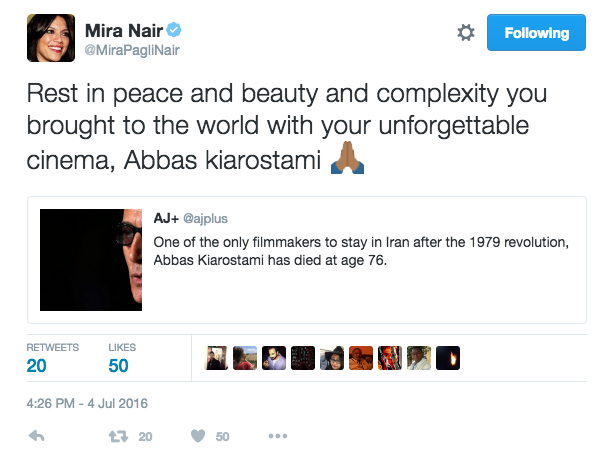 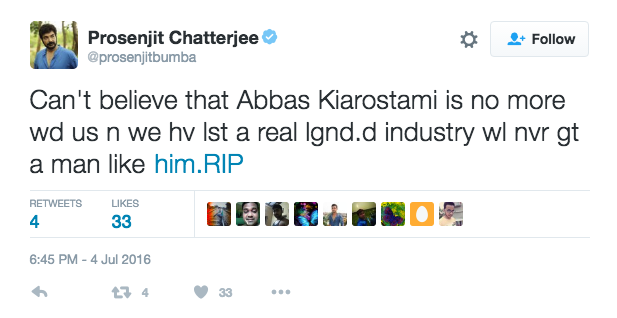 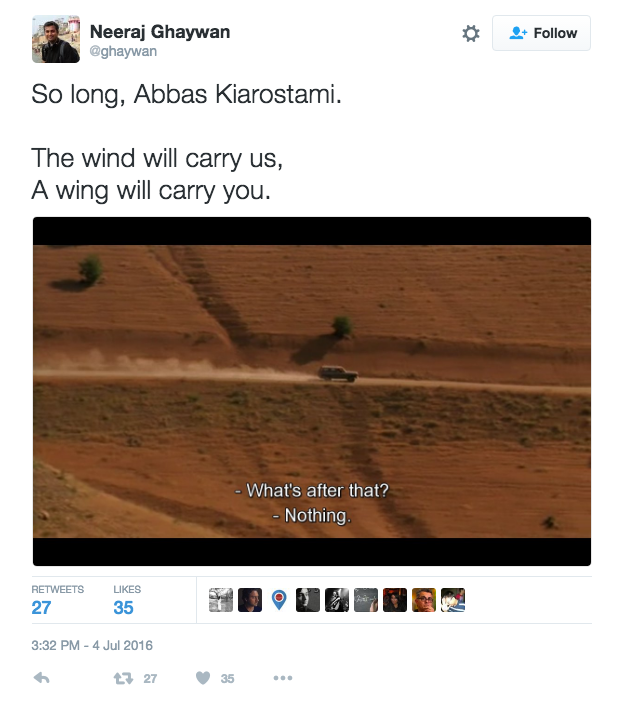 Nandita Das tweeted, “RIP #Abbas_Kiarostami Was fortunate to be on a jury with him. Amazing filmmaker, amazing human being. A big loss.” 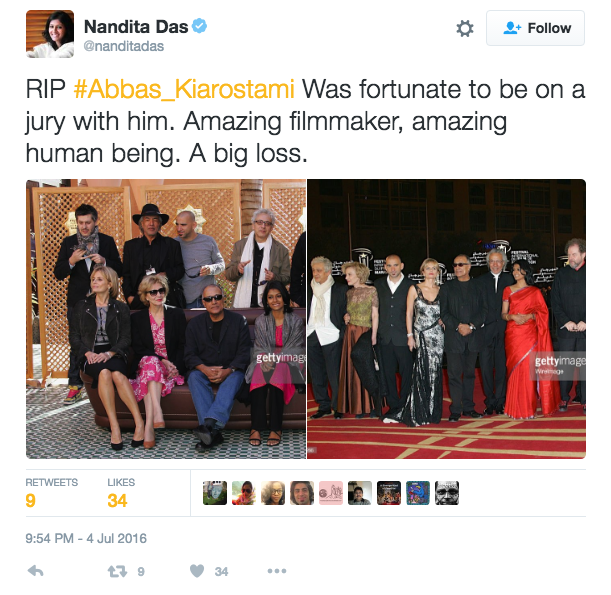 Actor Rahul Bose expressed, “One of the greats of our time. #AbbasKiarostami.”