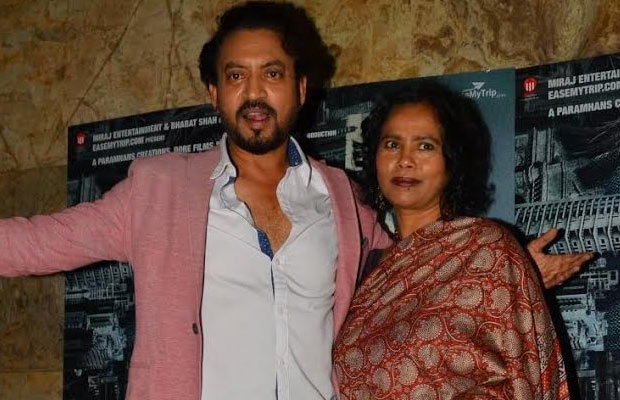 Irrfan Khan never ceases to impress us impeccably with his acting performances and his latest release only underlines and enhances his capability of being an ace performer. Audiences and critics alike praised his acting in madaari and the strong word of mouth made the film a success even at the box office. While Irrfan was not only an actor in the movie he and his wife sutapa were producers of the film, to get creatively involved shows his keen understanding of recognising stories which the audiences can relate to.

Content is king is Irrfan’s belief and with a growing new audience for real relatable films for the global audience the couple feels the need of the hour is to find stories from our soil which has a global connect. Being privileged to be born in a diverse varied country , Irrfan believes it’s imperative that filmmakers seek stories from the roots of the varied corners and cultures of the subcontinent. We hear that Irrfan, in fact, is already in search for more such stories and will be looking to produce at least two more such films in the near future with his wife which resonate Indian ethos and are original Indian stories which can be narrated well on the silver screen for the global audience.

Sutapa confirms the news and says, “As Producers, we are not projecting makers, but the storyteller. Our audiences are now ready for new stories relating to our lives, stories that have evolved from our roots and our soil, stories that weave the Indian ethos, but also ring true the whole world. We are looking for New Stories all the time. Irrfan and I are enjoying this process.”