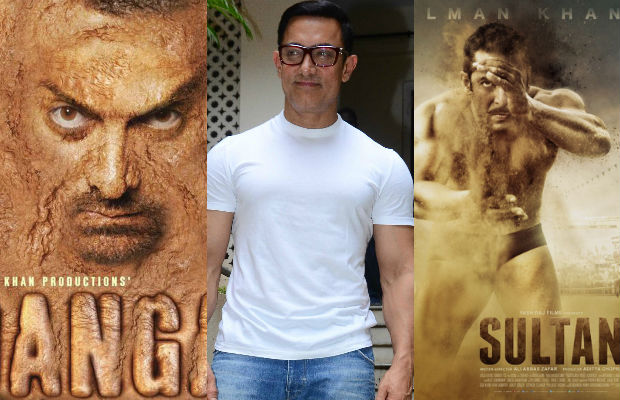 [tps_footer]We have never seen Aamir Khan being so open about his best buddy Salman Khan. In fact, Aamir deliberately chose to release the poster of his upcoming film Dangal two days prior to the release of Sultan. The actor revealed that he unveiled the poster before Sultan’s release because he thought Sultan is going to be a huge super duper hit and the million of people who will come to see Sultan will at least see the poster of his film standing out of the theater.

While interacting with media at the poster launch event, Aamir khan was actually overshadowed by Salman Khan as he was triggered back to back with questions on Salman. Aamir was also nowhere behind to take advantage of it and created headlines over his various statements on Salman Khan. Mr. Perfectionist, Aamir Khan was very much in praise of Salman and Shah Rukh Khan. The actor didn’t stop himself from praising them and also called himself ‘small’ in front of them.

Well, Khans have always shared love and hate relationship with each passing season. But it’s very much surprising to see Aamir talking more about Salman and SRK rather than his upcoming film Dangal. In the days gone, we have heard a lot more about them and less about Dangal. This is how Aamir is promoting his film Dangal? Well, the strategies of promoting the film are better known to them and seems Aamir has taken a smart move at the right time i.e during Sultan release.

What do you think? Share your thoughts on the same in the comments section below![/tps_footer]