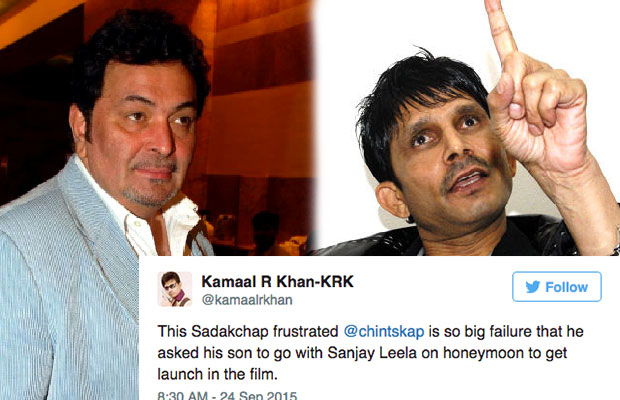 Bollywood’s veteran actor Rishi Kapoor is such an actor who is never behind to give his perspective on the things and issues he wants to. The actor who has several times been in news for his tweets has yet again tweeted but this time on none other than Kamaal R Khan. It started with this parody account called ‘Daddy Of KRK’.

You literally can’t get rid of this man Kamaal R Khan. It all started when a parody account of him tweeted, “ Hey @iamsrk I think @karanjohar SHOOT* is going well:-) if u need to get ur shit cleaned contact my son @kamaalrkhan” 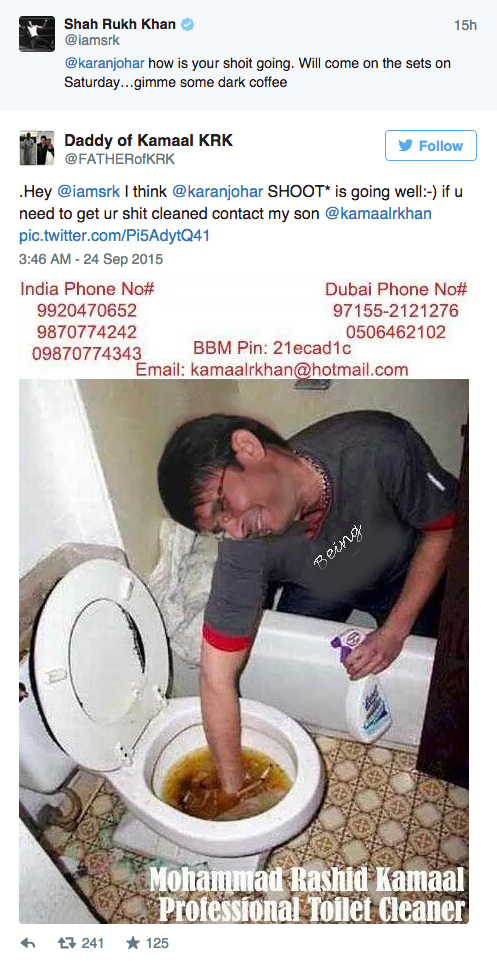 But one person who couldn’t stand KRk tweeted back saying, “This man is a failure in life. He tweets all garbage as he is a failed,flop actor. Avoid him, he is a fundamentalist” 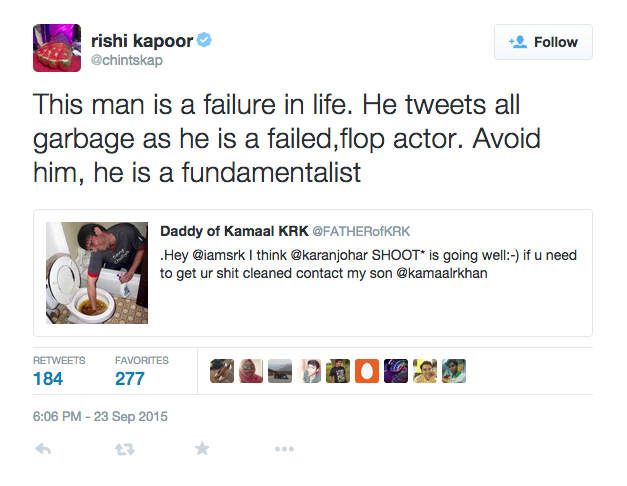 Also Read : Rishi Kapoor Is Fed Up Of Twitter!

This got attention of Kamaal R Khan who literally needs to be banned from India. He instantly took to his twitter handle to increase the ruckus. He tweeted something very abusive for Rishi Kapoor. Not stopping there, he went ahead and abused more and more in the series of his tweets. He even called Rishi Kapoor a big failure and asked his son (Ranbir Kapoor) to go on honeymoon with Sanjay Leela Bhansali to get launched in the film. 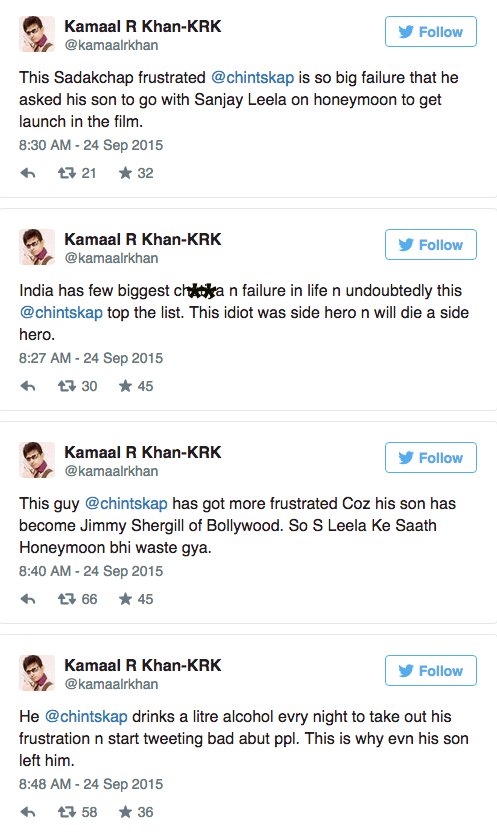 After too many abusive and heated tweets by KRK, Rishi Kapoor has decided to take this up with the concerned authorities. The veteran actor was all quite throughout the time when KRK was abusing him. He later tweeted, “Reporting this to the Twitter officials for foul language 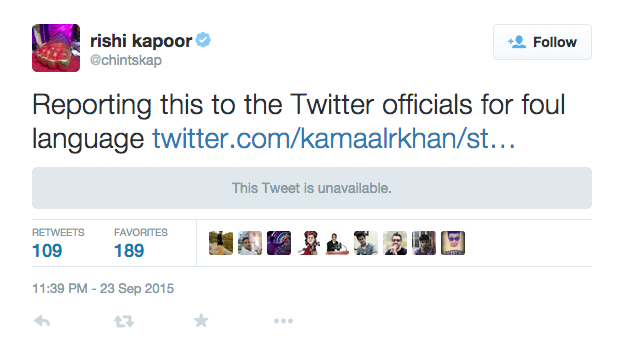 Rishi Kapoor is known to be an open minded, liberal and outspoken celebrity. He often gets in trouble for talking his heart out at wrong situations and people and this time it has gone worst.

Well, KRK needs to get a life!