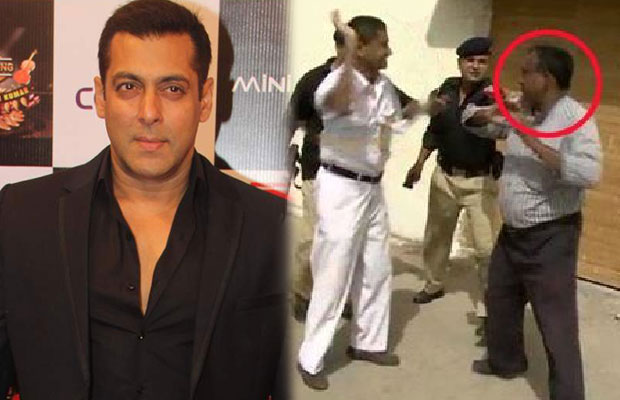 Pakistani journalist named Chand Nawab whose character was played by Nawazuddin Siddiqui in Salman Khan’s Bajrangi Bhaijaan, was reportedly beaten up by police in Karachi on Tuesday.

According to the reports, Nawab was interviewing passengers at Karachi’s Cantt Station and that’s when railway officials interrupted his team and slapped him as he was interviewing people regarding an illegal hike in prices of tickets. Chand Nawab who became popular due to his character used in blockbuster-hit film Bajrangi Bhaijaan, was supported by the onlookers and soon the ruckus went down.

With the recent reports, it is said that Salman Khan has expressed grief and sorrow over the manhandling of Pakistani journalist Chand Nawab. Reportedly, Salman has personally contacted Chand Nawab to express his sorrow over the incident happened with him on Tuesday.

Reportedly, the Sindh minister Nisar Khuhro has taken notice of the incident and ordered inquiry into it. It is also said that it has brought the incident to the notice of Pakistan’s railways minister Khawaja Saad Rafique.

Chand Nawab’s character played by actor Nawazuddin in Bajrangi Bhaijaan was quite hilarious and that the audiences loved the scene from the film. Earlier, Chand Nawab who got success and fame due to ‘Bajrangi Bhaijaan’ had said that he is thankful to all his friends that this film has given him fame and that the love he received from the Pakistan people.

The reporter had also shared the hardships faced after the video was leaked online. At first he was worried because he thought his career might be ruined, but his friends and family members told him to have patience and assured him that one day he will get success.