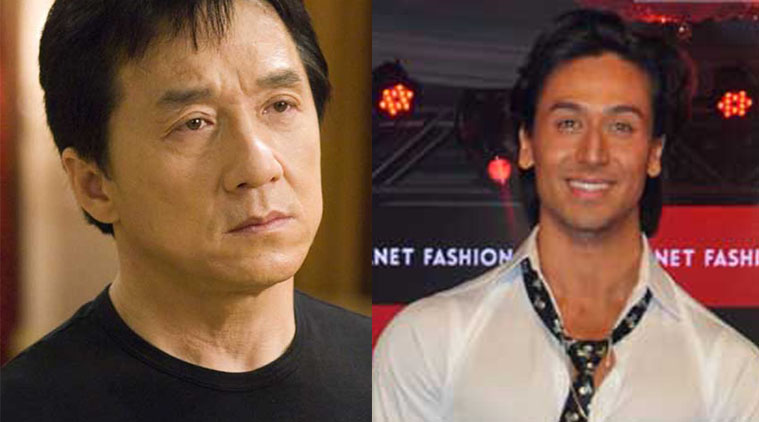 [tps_footer]In an earlier interview, Tiger Shroff had said, “There are conflicting opinions on whether it actually originated from the teachings of an Indian Buddhist monk, Bodhidharma, who arrived in China from India in the 6th century or not. One thing is for certain and that is, he most definitely brought a form of martial arts with him, most likely Kalaripayattu, and transformed the newly formed Shaolin temple and the Buddhist monks settled there into dedicating themselves to Kung Fu and becoming a warrior elite whose fame spread throughout China and then all over the world.”

This comment of his on Kung Fu having its origins in India has not only shocked the martial arts maestro/actor Jackie Chan, but has also made him extremely curious about the subject, since Kung Fu has been an extremely important part of his career.

Jackie Chan was shooting for his next in Jaipur, when he came across an article in which Tiger Shroff had spoken in detail about Kung Fu‘s origins and crediting the same to an Indian.

Jackie Chan looked irked upon seeing the statement. It is understood why it did not go well with him, as he can easily be tagged as the brand ambassador of Kung Fu.

He wanted to go back to roots, meet Tiger and know the basis of his comment. He also asked people from the crew and his near dear ones to do some research on it as he wants to find out the correct fact.

The whole world believes that Kung Fu has its origins in China and now it looks like this well studied comment of Tiger Shroff has shaken a lot of people, including the most popular martial artist/actor Jackie Chan.

Tiger Shroff is known to be an exceptional marital artist himself and has stunned everyone with his potentials.

Even then the actor is extremely hard working and doesn’t leave a chance to learn more and better himself by gaining knowledge and with practice.

Sajid Nadiadwala‘s Baaghi is a rebellious Love story which will feature Shraddha and Tiger going against all odds for love.

The love the trailer has been garnering proves that the Heropanti team of Sajid Nadiadwala, Sabbir Khan and Tiger Shroff have yet another winner at hand with Baaghi this year!