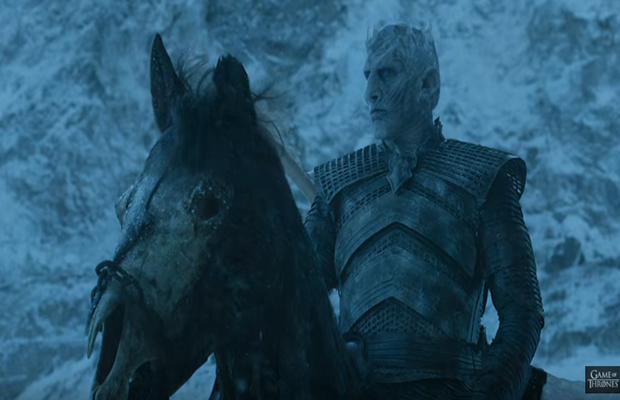 [tps_footer]Brace yourselves because “The Dead Are Coming!”

HBO released the second full-length trailer for season 6 of ‘Game of Thrones’. The new season is expected to be more bloody and well, white walkers centric.

The new trailer of the new season, first of all, was so dark that it was very difficult to decode anything. The new trailer gives the synopsis of what the full season will look like. The Lannisters- Cersei and Jaime are ready to take revenge on their enemies- including the High Sparrow. Meanwhile, Jaqen H’ghar gives Arya Stark the toughest time of her life after she loses of her eyesight. Jaqen decides to give her a chance to redeem herself to prove that she is capable of becoming an assassin. She has been given a second chance and there will not be a third one. It also seems like Sansa Stark is ready to wage a war against the people who have hurt her especially Ramsay Bolton. Last but not the least, you get a glimpse of the dragon at the end of the trailer.

Also, Jon Snow is still dead. Night’s Watch and Davos’s men are not only going to fight each other but will have to save themselves from White Walkers. They are here and this time there is no going back.

Here are the intriguing moments from the trailer that makes this season more exciting: