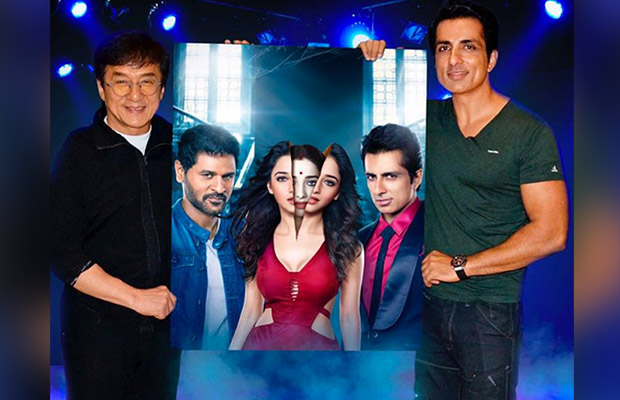 The Dabangg actor lost his father in the month of February this year. Renowned actor Jackie Chan who shares a good rapport with Sonu launched the poster of Sonu Sood’s maiden production film. The first film to be released by Sood’s production house is titled ‘2 In 1′.

The poster of the film was launched by Jackie Chan who has teamed up with Sonu Sood in his film ‘Kung Fu Yoga’. The film ‘2 In 1′ is a comedy thriller which stars Sonu Sood, Tamannaah Bhatia and Prabhudeva in lead roles.

The project is directed by Vijay. The poster of the film features all the three actors. Reportedly, the actor wanted to gift this production house to his father. Sonu Sood also expressed his grief saying that even if his father is not around he knows his blessings are always there.

The film from Sonu Sood’s banner is all set to hit the screens on September 9th, 2016.