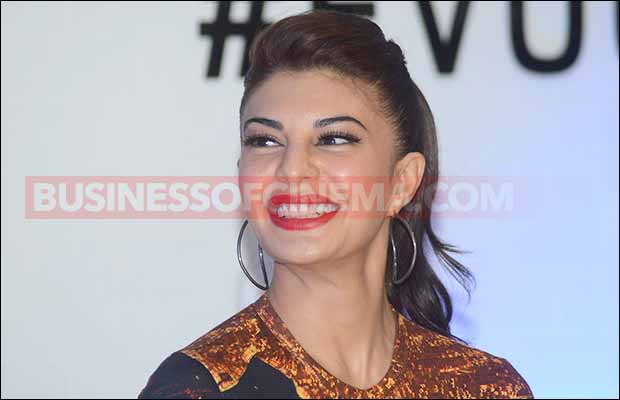 [tps_footer]After creating laurels on the acting front, Jacqueline Fernandez is all set to make her singing debut. The beautiful actress who is also a style icon in the industry has made up her mind to do some singing. Many Bollywood actresses are moving towards singing currently. The recent trend of unplugged female versions is catching up like never before, seems like, Jacqueline too is following the path.

Jacqueline Fernandez is currently packed up with her back to back shooting schedules. The diva has nonetheless finalized her debut.  Reports suggest that Jacqueline will make her singing debut along with R&B and Gurinder Sehgal. As we all know the single tracks are the latest scoop of this season. After Hrithik Roshan and Sonam Kapoor’s Dheere Dheere, the trend has taken a long jump.

The music label T-series is on a single track spree it seems, after Dheere Dheere the label also came up with Emraan Hashmi and Esha Gupta starrer track Main Rahoon Ya Na Rahoon. Both the songs proved to be top notch and popular.

Well, Jacqueline Fernandez will also be seen in a single. The actress is likely to be cast opposite newbie Sooraj Pancholi and the diva will also croon a few lines. The shooting for the single is expected to take place in Dubai. After donning glamorous avatars we can hardly wait to see Jacqueline in a drenched in love mode.

Currently, Jacqueline is busy with her films ‘Dishoom’ and ‘Flying Jatt’.[/tps_footer]