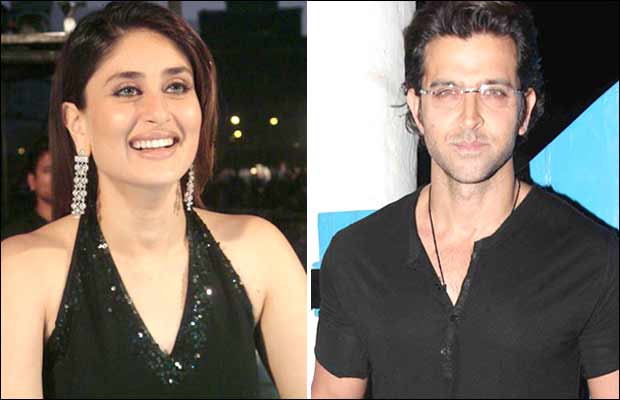 [tps_footer]Kareena Kapoor Khan is one of the most sought after actresses of the tinsel town. The gorgeous actress is much in news currently after the news about her movie with actor Hrithik Roshan has stormed all over. Reports suggested that Kareena and Hrithik will team up for a yet to be announced project. The reports also opined that the two stars will be directed by Sanjay Gupta and the film will be helmed by Hrithik’s home production.

The fans could hardly digest the news and the masses are all eager to witness the two talented stars Kareena Kapoor Khan and Hrithik Roshan on the silver screen after 12 years. Well seems like, all the fans will have to wait a little longer. Filmmaker Sanjay Gupta who is going to be the man behind the lenses for this yet to be announced project has clarified on the same.

The humble director Sanjay Gupta took to the micro blogging site twitter and said, “Ok guys its true that I am working on my next with Hrithik and Rakeshji. But we have not confirmed the lead actress as yet. We will soon :-).”

The filmmaker further posted, “It would be any director’s dream come true to get Hrithik and Kareena together for a film. But we have not finalised our heroine yet.”

Well apart from the much clear stance, rumors making rounds suggest that Kareena Kapoor Khan is not too keen about teaming up with the Greek god of the industry Hrithik Roshan. However, the film is still under talks and we hope that Hrithik Roshan and Kareena Kapoor reunite on screen with this one.

Currently, both Hrithik and Kareena are busy with their individual projects. Hrithik is busy with his film ‘Mohenjo Daro’ whereas Kareena will be seen in ‘Ki and Ka’.[/tps_footer]