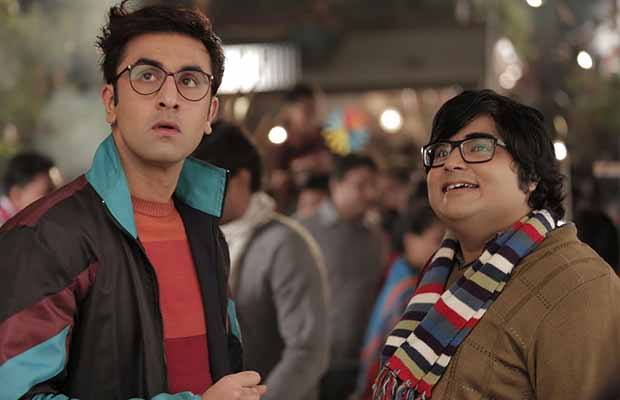 Ranbir Kapoor and Katrina Kaif starrer Jagga Jasoos has witnessed low first-day collection. However, the weekend is expected to boost up the collection at the Box Office.

Ranbir Kapoor and Katrina Kaif starrer Jagga Jasoos released yesterday at the Box Office. The film created the much-needed hype before the release and the stars promoted their much-anticipated film in all the corners.  The film got delayed for quite a few reasons but director Anurag Basu and the cast of the film kept their belief and finally, it has reached the stage of release. The expectations from the film were quite high, considering the film is coming from ‘Barfi’ director Anurag Basu.

Anurag Basu’s Barfi, which also took two years for the release, got a wholehearted reception from the audience and took it to the 100 Crore Club. The expectations from Jagga Jasoos are high as well. Could the film live up to audience expectations? The musical drama has released to 1800 screens in India and its overseas screen count is 600+. In total, the film has released to 2500 screens worldwide. Jagga Jasoos witnessed the low opening of around 20-25% and has collected Rs 8.50 crore net approx on its first day, which is quite low. Anything in double-digit could have been a good collection for the film.

The film has performed well in the big metro cities, while elsewhere it is quite dull. Mumbai and Bangalore have turned out good for the film. The audience footfalls would entirely depend on the positive word of mouth spreads that might give a good push in collections over the weekend.

Nevertheless, the opening of Jagga Jasoos is the seventh best of the year. Barfi! which was directed by Anurag Basu had opened to a similar figure to Jagga Jasoos (8.18 crore net).

Jagga Jasoos is a musical adventure romantic comedy film written and directed by Anurag Basu, and produced by Basu and Ranbir Kapoor. It tells the story of a teenage detective, played by Ranbir Kapoor, who is in search of his missing father.