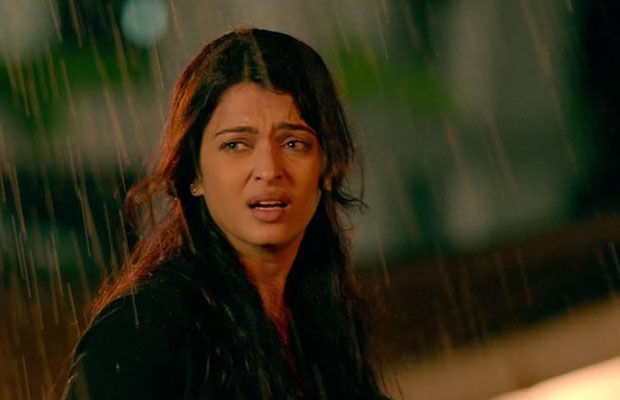 Since the trailers of the Aishwarya Rai Bachchan starrer ‘Jazbaa’ has hit the screens, the media and audience have gone a-buzz with varied forms of rumors and gossip regarding the movie. It is a come-back movie for Mrs. Bachchan who will return to the big screen after a long time since her pregnancy. The movie is in a lot of demand, it is believed to be a thriller which has the most uncommon on-screen pairing. Who could have imagined Irrfan Khan opposite Aishwarya Rai Bachchan.

The trailer of the movie has given the music lovers a new party anthem; in the trailer we for the first time hear the teaser of this new techno ultra catchy party song ‘Aaj Raat Ka Scene’. The song is all about Baadshah rapping and Aishwarya searching something or someone in a crowded night club.

Until recently, it was Honey Singh who has a complete monopoly over hot selling rapped party numbers but with this techno track, Baadshah has made a place for himself. The track has a thumping beat, catchy music and freaky racy lyrics. ‘Aaj Raat Ka Scene’ has created inquisitiveness among the listeners; we just can’t wait to hear the full song. If the teaser is so exciting we just can’t imagine how great the song will be.

Directed by Sanjay Gupta, the trailer of the film brings out the dark side of politics and courtrooms. Aishwarya Rai Bachchan who plays the role of a powerful and successful advocate, Anuradha Verma is seen in a very intense role while Irrfan Khan is introduced as a suspended cop. In the trailer, Aishwarya Rai Bachchan is seen fighting in the court of law for a criminal and set him free in order to save her little daughter.

The film also stars Atul Kulkarni and Siddhanth Kapoor. The action drama film is all set to hit the theatres on October 9, 2015.