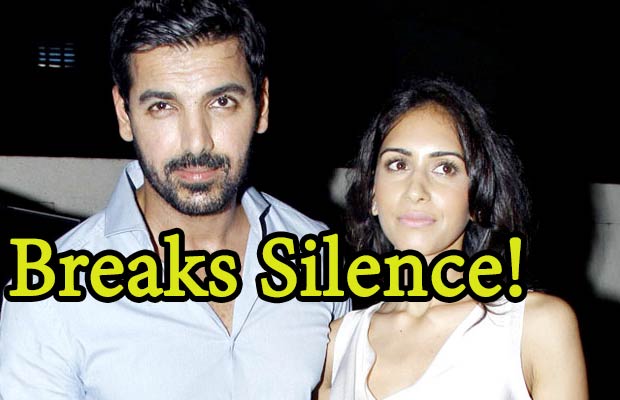 [tps_footer]2016 is the year of break up. Every now and then we are hearing the rumors of John Abraham‘s divorce with wife Priya Runchal. Not only this, we hear the rumors of their divorce in every six months. Surely these rumors are not going down well with John Abraham. In an interview with a daily, John said that he is tired of clarifying things now and then and that very day there is a new rumor. He also said that he is tired of repeating things and now is tired of justifying people on what is true and what is not true. He further added saying that let people think what they want to. It just seems that John doesn’t really care now to what people have to say.

John Abraham and Priya Runchal married in the year 2014. Priya Runchal is an Investment Banker in the USA. Maybe the long distance relationship is inviting some troubles in their married life. But this does not mean that they are heading for a divorce. Both are happy in their space. In fact, last year too, when asked about his relationship status, John had said that it’s all crap and the rumors are baseless.

We really like this couple and we hope that they sort out their difference mutually and stay happy in their married life.[/tps_footer]