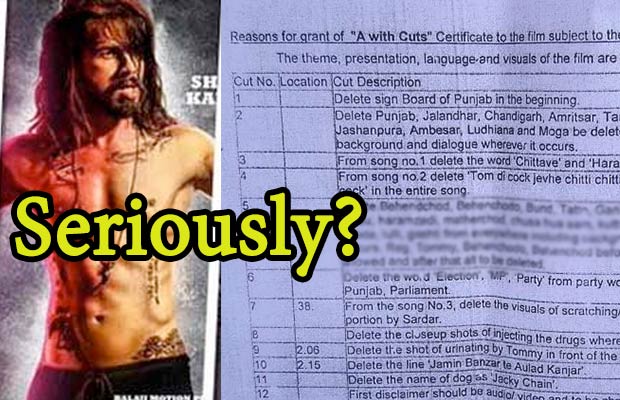 [tps_footer]Shahid Kapoor and Alia Bhatt starrer Udta Punjab, which is nearing for the release, has landed itself in a major controversy. The film, which is based on drug abuse in Punjab has not been issued certificate yet by Censor Board of Film Certification. The censor board has given strict suggestions to the makers of the film to remove Punjab from the film’s title. The revising Committee thinks that the film is defamatory to Punjab and therefore, the name from the title should be dropped off.

Well, not only that, there were only 40 cuts in the film but now censor board has asked to cut the expletives, visuals of drug consumption and many scenes and words from the song, ‘Chitta Ve’. With so many cuts demanded by Censor Board, a day ago, the entire film fraternity gathered together to fight for their rights. The entire team of Udta Punjab along with many directors and producers of the industry held a press conference yesterday.

Anurag Kashyap, who is one of the producers of Udta Punjab, has been fighting with Censor Board since a very long time for his every film. At the event, Anurag Kashyap said, “My fight with censorship has been going on for a long time but our statements have not been taken seriously. Whenever there is a new INB minister, there is a ray of hope that things will change. Mr. Rathore came down you meet us, that gave us a lot of hope. When Pahlaj was made the Chief, we got a lot of hope since he also belongs to the film industry.”

Meanwhile, Bombay High Court will hear the case of Udta Punjab today after the makers of the film filed a plea against an order of the Review Committee of the Central Board of Film Certification (CBFC).

The film is slated to release on June 17, but due to fresh controversies regarding the censorship, it seems the release of the film might be delayed.

Here’s a list of major cuts demanded by Censor Board in Udta Punjab! 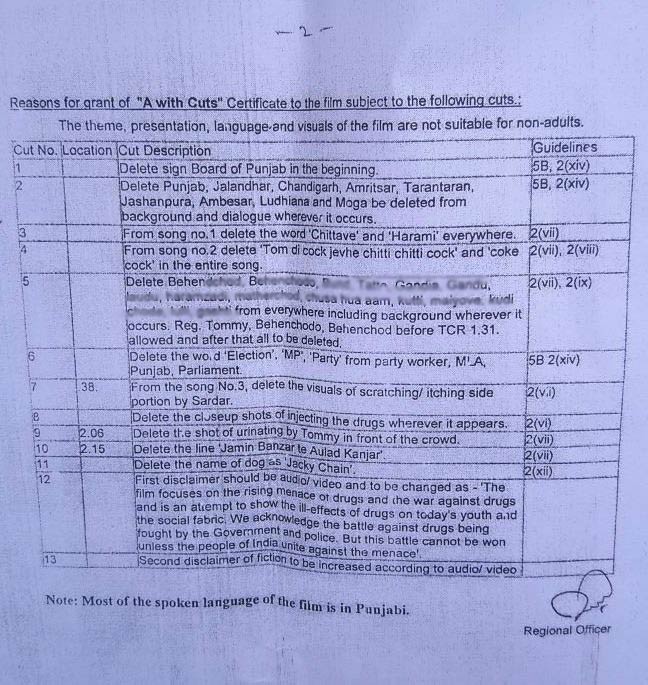