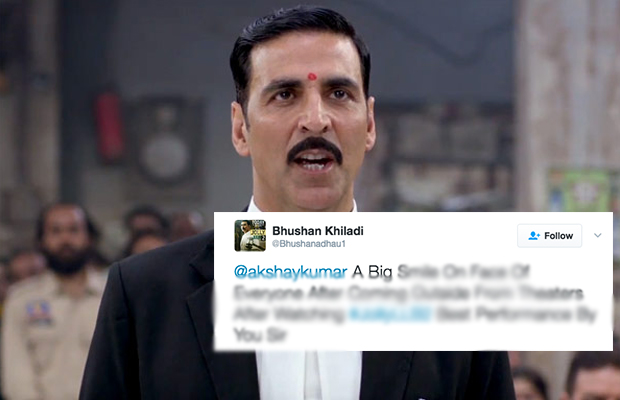 Here’s what Twitterati has to say about Akshay Kumar starrer Jolly LLB 2!

After the positive response for the prequel, which starred Arshad Warsi in the lead role, Jolly LLB 2 starring Akshay Kumar and Huma Qureshi in the sequel, has finally released today on February 10. “Jolly LLB’ was loved by the masses for its amazing plot on the judiciary and so, the expectations have been pretty high. The movie reflects the reality of court cases which was an eye opener for many. Also, the Khiladi of the tinsel town is now venturing towards other genres, which has kind of attracted the audience.

The hopes for the sequel are quite high and with Akshay Kumar’s presence, the masses are expecting a greater result. Right from the film was announced, there has been a curiosity to know what the superstar has to offer in the franchise affair. Could the film impress the audience?

The movie is assumed to attract a good crowd at the screens. The film has finally entered its first day at the theaters and here is what audience have to say. 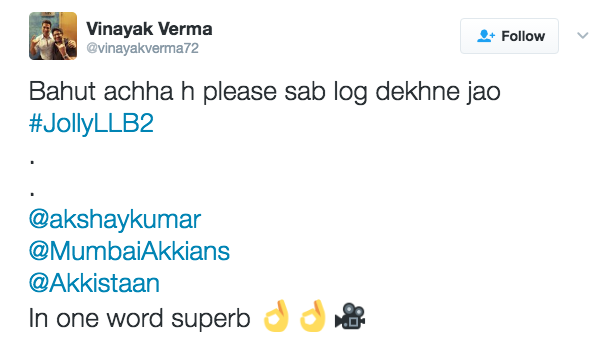