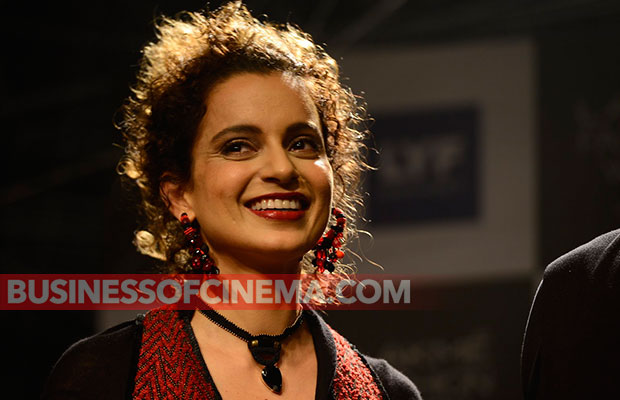 Kangana Ranaut, who plays the role of a feisty, sultry actress in Rangoon, sizzles like a diva in the song ‘Bloody Hell,’ which has been captivating the audience since its release. It is interesting to note,’Bloody Hell‘ is not just a song, but also her style statement in the film. Julia is synonymous with ‘Bloody Hell’ and she uses the term often in the film, to express all kinds of emotions.

The marketing team has come up with an innovative idea to promote this style statement by launching an exclusive vodka-based cocktail drink called ‘Bloody Hell.‘ The team has tied up with various pubs where the drink will be available and now everyone can get their share of transforming into fearless ‘Julia’ and experiencing the charm of ‘Bloody Hell.’

‘Rangoon’ is an intense period drama revolving around love, deceit and war, set against the backdrop of World War II, with Saif Ali Khan, Kangana Ranaut and Shahid Kapoor in pivotal roles. The trailer and songs of the film are already gripping the audience, who are looking forward to outstanding performances by the stellar cast.

Directed by Vishal Bhardwaj and produced by Sajid Nadiadwala under the banners of Nadiadwala Grandson Entertainment and Viacom 18 Motion Pictures, ‘Rangoon’ is all set to hit the theatres on February 24, 2017.