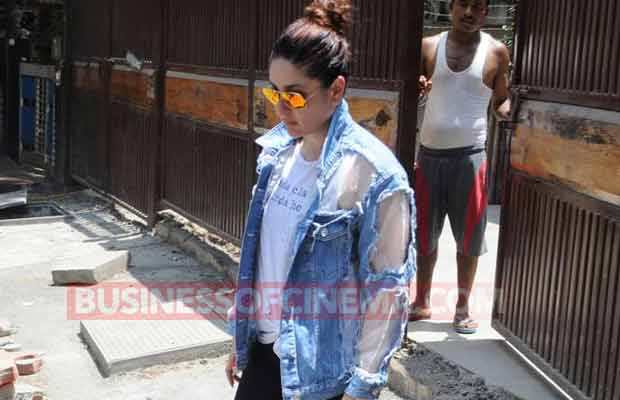 The Bollywood actress Kareena Kapoor Khan is one of the hottest mommies of B-town. The actress was known for her ‘size-zero’ figure, which she lost after her pregnancy. But it seems that the actress is on a mission to regain her perfect figure.

It is being reported that the Ki And Ka actress has lost almost 12 kgs post her pregnancy – all credit goes to the continuous gym and yoga sessions that she has been doing. We recently spotted the actress coming out from her yoga classes and we must say that she has come very close to her flawless figure.

On the work front, Kareena Kapoor Khan is all set to make a comeback with Rhea Kapoor’s Veerey Di Wedding that also stars Sonam Kapoor and Swara Bhaskar in the lead. Maybe this is the reason why she is trying to get back into the shape, in order to start shooting for the film.