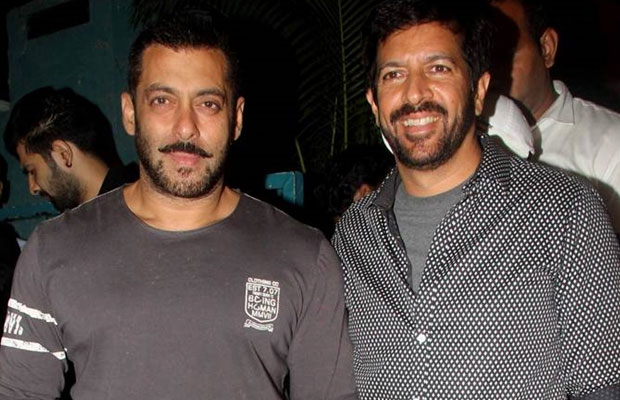 Salman Khan has become media men’s one big favourite! Irrespective of a due release or not, the actor always has something to offer to the paparazzi. Salman first set eye rolling with his ‘raped woman’ analogy. Later the actor made it to the headlines for the amazing success garnered by his last release Sultan and the actor is still soaking in the success. Sultan’s amazing performance at the Box Office is not even over yet and the actor has again come into the news for his acquittal from the blackbuck poaching case.

Well, the actor is set to start shooting for his upcoming film directed by Kabir Khan. The film, ‘Tubelight’ is set to roll and Kabir Khan took to Twitter to formally announce the news.

The filmmaker posted a picture on the micro-blogging site. The picture, which looks like is clicked on the location of the film was the director’s formal announcement of the commencement of the film’s shoot.

Here’s the picture shared by the director:

So here we are… It all begins on the 28th… #Tubelight ? @BeingSalmanKhan pic.twitter.com/aqS3zs5go6

The movie slated to release on Eid 2017 is produced by Salman Khan himself.