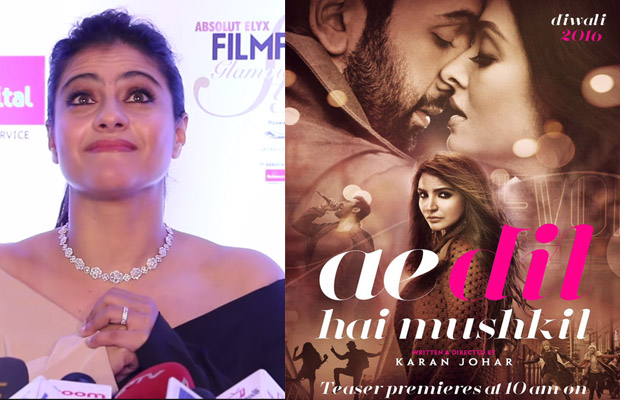 The ban on Karan Johar’s Ae Dil Hai Mushkil in a few states in India has left some fans and Bollywood industry in dismay. The decision of banning the film in four states of Maharashtra, Goa, Karnataka, and Gujarat was taken by the Cinema Owners Exhibitors Association of India (COEAI). The ban is declared as it stars Pakistani actor, Fawad Khan. After the Uri attacks, a decision of banning all the Pakistani artistes in India is taken by the government.

KJo was even warned to scrap off Fawad’s role from the film. But, that did not happen and hence the film won’t be releasing in a few states. Celebrities like Sidharth Malhotra, Alia Bhatt,  Anurag Kashyap, and many others backing Karan in the entire matter. KJo’s very old friend Kajol has also spoken on the matter. Currently, things are not well between Kajol and Karan due to some unknown reasons. But when the actress was asked about the ban on ADHM, she spoke up.