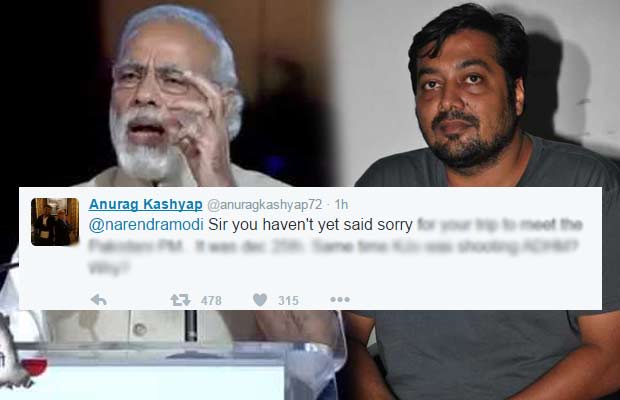 Anurag Kashyap never shies away from giving his opinion on anything that is going wrong in the Bollywood industry or against it. The Gangs Of Wasseypur director has taken a stand on the ban of Karan Johar’s Ae Dil Hai Mushkil. He is backing KJo in the entire matter.

The film is facing trouble due to a ban on its release in certains parts of the country as it stars Pakistani actor, Fawad Khan. This decision was taken a few days ago by Cinema Owners Exhibitors Association of India (COEAI). It took the decision of not releasing ADHM in the states of Maharashtra, Gujarat, Karnataka and Goa.

Anurag attacked PM Narendra Modi on his tweets over the ban. CLICK NEXT TO READ TWEETS