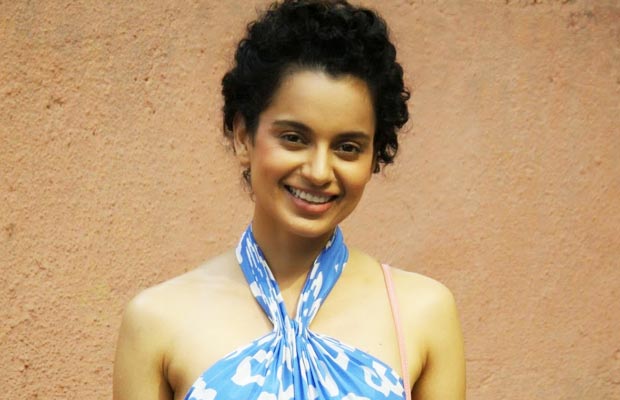 [tps_footer]The reigning queen of the tinsel town Kangana Ranaut is busy with her back to back films. The actress who is currently regarded as the most talented diva of the industry is prepping up for Vishal Bhardwaj’s upcoming directorial ‘Rangoon’. Kangana is leaving no stone unturned to get into the shoes of her character perfectly. The film which is based on the backdrop of the World War II will see Kangana in short hair.

The Tanu Weds Manu Returns star Kangana Ranaut who is known for her high scale fashion and taste will be seen sporting short hair in the film. According to reports the actress has decided to chop off her hair in order to resemble her character. Kangana Ranaut ’s character in the film is inspired by sensuous Marilyn Monroe. Reports further suggest that stylist Adhuna Akhtar will be taking the task of styling Kangana for the role.

The film ‘Rangoon’ also features actors Shahid Kapoor and Saif Ali Khan in lead roles. The movie based on the sensitive WWII, is also a love story. Vishal Bhardwaj who is known for his out of the box execution is speculated to give a Casablanca like feel to ‘Rangoon’. The film will see Kangana Ranaut in the role of an actress from the World War II era.

In order to maintain the realistic feel of the era, no electronic gadgets have been used to give shape to Kangana’s hairstyle; rather other means of rollers have been used. Vishal Bhardwaj has teamed up with Saif and Shahid in the films ‘Omkara’ and ‘Haider’ respectively, the new addition to his list of actors will be Kangana Ranaut.

The first shooting schedule of the film has just initiated and has a long way to go yet. With so many intriguing details, the audience can hardly wait for the film to release.