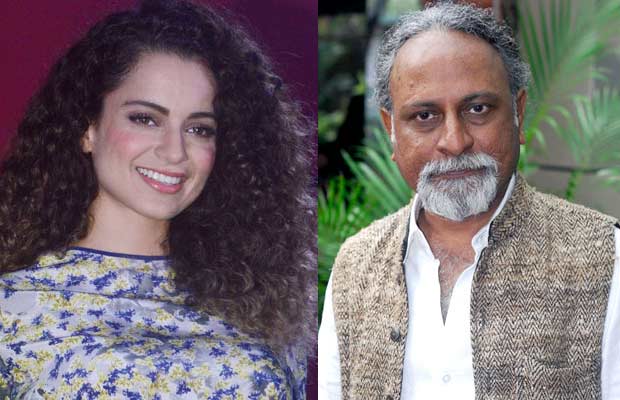 Kangana Ranaut has been prepping for her role in Rani Laxmibai for over 2 years. The film has been in a pre-production stage since then. On her 30th birthday, the Queen of Bollywood was to get into the role of  Rani Laxmibai in front of the camera.

After her latest release Rangoon, which didn’t do well at the box-office and shooting for Hansal Mehta’s Simran, Kangana decided to take a holiday to unwind and relax. Not only that, seems like the actress put thoughts in her upcoming film as well.

According to a report in Bollywood Hungama, the actress has got Ketan Mehta replaced from the Rani Lakshmibai biopic and roped in a new director – Krish. Krish is a noted Telugu director who has directed Akshay Kumar starrer, Gabbar is Back.

So Kangana will shoot for the first poster of the film as decided on 23 March, but minus the helmer, Ketan Mehta. The film has been titled Manikarnika, which is the birth name of Rani Lakshmibai. It has been written by SS Rajamouli’s father, KV Vijayendra Prasad who has also written Baahubali.

The story of the film is about an ordinary girl, who is trapped in a few difficult situations and how she decides to fight her battle. In that process, she discovers the warrior within herself. This is the premise of the story.

An insider says, “The new film will be helmed by a fresh team. A top studio, too, has agreed to back the venture, which is envisioned as an action-packed, feisty film. It is the biopic of an ordinary girl, who when faced with tough times, discovered the warrior in her. The film will go on floors in mid-May.”

A British writer, along with Kangana, had written the biopic’s script. “The actress and the filmmaker couldn’t find common ground on the language factor, leaving the project in a limbo,” informs the source.

Incidentally, Ketan Mehta has been planning this film for many years and had initially roped in Sushmita Sen, but the movie failed to take off. He revived the project and signed Kangana. However, seems like his dreams are crushed once again.