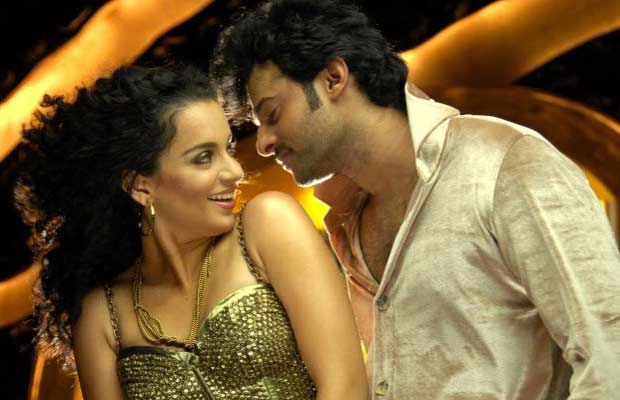 After promoting her film, Rangoon, the actress Kangana, unfortunately, saw a failure at the box office. Although the film has worked terribly at the box office, Kangana Ranaut has been lauded enough for her role in the film as Miss Julia. Well! While talking to the media generally, Kangana spoke about her rapport with the stars and how her promotional activities took place.

During the conversation, when Kangana Ranaut was asked about her rapport with the Baahubali actor Prabhas with whom she worked with for her Tollywood debut in Ek Niranjan (2009), this is what she has to say,

“I feel so happy Prabhas doing so well. When we started working together, we used to fight a lot. I remember we were shooting in Switzerland and had a massive fight and we stopped talking to each other. Then I saw Baahubali and I was like Wow, I am so proud of him and his achievements. I am sure he feels the same.”

Kangana Ranaut also had a nostalgia about the good times she had with the actor and said, “I remember his mom used to cook Prawns Biryani for us. What wonderful time I had there.”

When asked about working in South Indian films, she said, “I am looking forward to an opportunity to collaborate with great talents from South. Hopefully, something will come my way.”