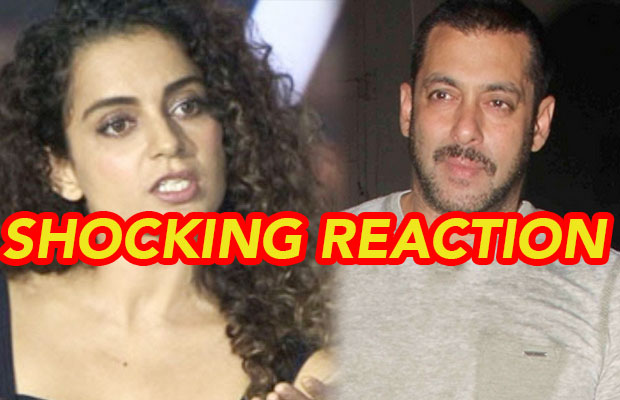 [tps_footer]Recently, Salman Khan was asked in a press conference about his role in Sultan to which he said, after the intense workout and shooting he used to feel like a raped woman. Salman Khan‘s this insensitive comment on Raped Woman has caused quite a stir and people are very unhappy with him. Some social activists are protesting against this as well. Anurag Kashyap and Renuka Shahane spoke on this issue and now the latest one to speak on this is Kangana Ranaut. Kangana is known for her carefree attitude and always believes in speaking out her mind. Recently, during the premiere of ‘Kirti’, a short film directed by Shirish Kunder, Kangana was asked to comment on this controversy. To which Kangana gracefully replied, the comment passed by Salman was really horrible and actors have certain kind of responsibilities towards the public and definitely such comments are not at all accepted. But then she added,  As Salim uncle(Salman’s Dad) said that we all are really sorry about this whole issue. Kangana also added, It’s not about an individual. We all collectively feel sorry for that thought process.

Well said Kangana! Kangana definitely knows how to speak on such sensitive issues in a sorted manner. We think that her reaction was appropriate for this whole situation. We also think, being public figures, celebrities should be careful while passing any statements since such statements can be misunderstood and often can create a hype.

Meantime what do you think about Salman‘s remark ? Tell us in the comments below.[/tps_footer]