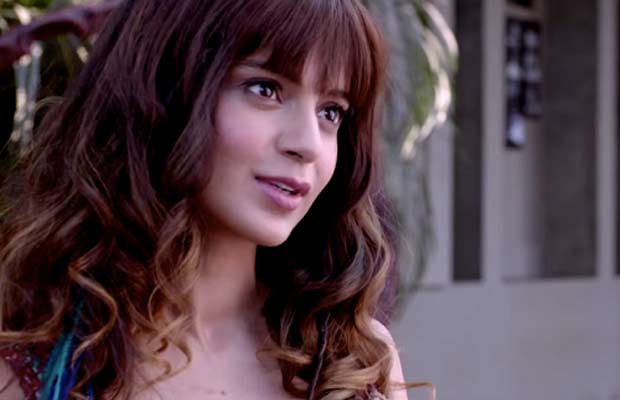 Kangana Ranaut is one dare devil actress of the B-town. Kangana who has impressed the masses with her versatility is yet again ready to experiment with her on screen image.

After flaunting her magnificent acting skills in the films ‘Tanu Weds Manu Returns’, ‘Queen’ and ‘Katti Batti’, Kangana is all up for playing another challenging role. Reports making rounds suggest that Kangana has been offered to play the main lead in Shekhar Kapur’s next.

The reports suggest that Kangana is still in the loop for giving a green signal to the untitled project. Apparently, the cherry on the cake is that Kangana will not be seen as a girl next door in the film but will instead play the role of an 85 year old. You heard it right. Shekhar Kapur’s next film might see Kangana in an image of an 85 year old.

During the panel discussion on Women in Films at the MAMI Film Festival, Kangana confessed that she has been approached to play the role of an aged woman in Shekhar Kapur’s next. Not dwelling on the details of the untitled movie, Kangana is all geared up to surprise the audience again.

Kangana was last seen in the film ‘Katti Batti’ opposite Imran Khan. The film based on live in relationships did not do well at the box office and gave a pause to Kangana’s hit list. Kangana is currently prepping up for Vishal Bhardwaj’s next ‘Rangoon’ opposite Saif Ali Khan and Shahid Kapoor, whereas, director Shekhar Kapur is tied up with his project ‘Paani’.

Now whether Kangana gives a nod to Shekhar Kapur’s unique film or no is yet to be seen.