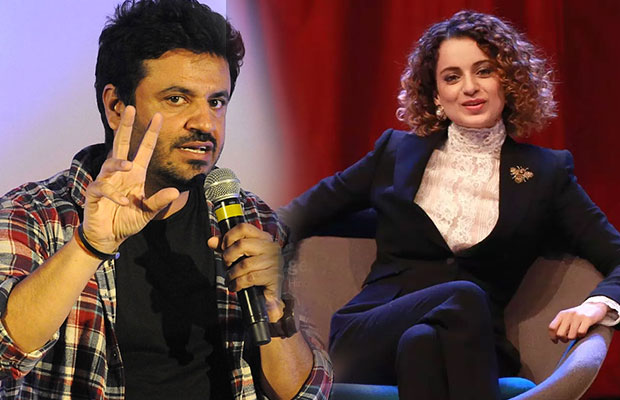 Last week’s news from the entertainment world had certainly left us all shocked. According to a leading tabloid, Vikas Bahl has allegedly molested a female colleague during a trip to Goa a few months back. This has resulted to him being ousted from the Phantom production company.

A blind item reported on April 5 about a filmmaker’s expulsion due to his involvement in a molestation case, had left everyone guessing. It then came to notice that one of the Phantom Film’s partners is involved in the same. Vikas Bahl, who himself is one of the shareholders of the company, decided to step out from the position.

The matter was then brought to other Phantom partners Anurag Kashyap, Madhu Mantena, and Vikramaditya Motwane, but soon the news went on to Reliance Entertainment with whom Phantom has a 50:50 partnership.

Soon a meeting was called as per the Vishakha guidelines to hear the victim out. An anonymous stakeholder commented, “We (Reliance Entertainment and Phantom Films) have taken a hard stand, based on what we have heard and investigated.” The filmmaker was formally asked to step down as a shareholder on March 28. “The decision needed to be taken because it was getting too much,“ said the stakeholder. “There are not one, two or three but multiple victims. I was in the middle of a film shoot when I came to know about the first incident and I had to stop my shoot and come to Mumbai…there is (after all) a young girl on whom an intoxicated Vikas forced himself while they were in Goa. He has behaved badly in the past as well but when this specific complaint came, we needed to act on it.“

However, Vikas Bahl denied any such allegations and on his part said that he has no idea why someone is doing this to him. Other Phantom partners have also spoken up in the director’s support.

Kangana Ranaut, who was Bahl’s leading lady in Queen, has reacted to the whole issue. The actress was asked about the whole issue and she reacted in the favour of the victim. Here’s what she said, “We are here to talk about a brand, but what you mentioned is a serious topic. But whoever faces such situations and speaks up is courageous. Generally speaking, they should be encouraged to talk about it by their family, colleagues. They should not be shamed. Obviously, there will always be another side to the other story. But people should speak up, whether it is right or wrong.”

Meanwhile, partners at Phantom – Madhu Mantena, Anurag Kashyap, and Vikramaditya Motwane have severed ties with Bahl and asked him not to report to the office anymore.