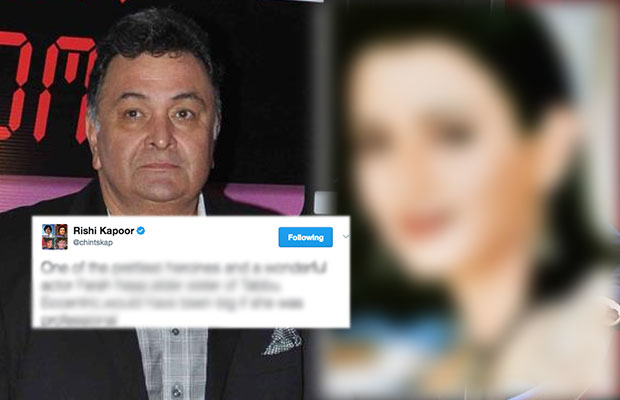 Trust Rishi Kapoor to make a dull day on Twitter interesting with his observation and opinions. After making a plea to IPL to take Pakistani players back to lashing out at a Pakistani girl for using abusive language, Kapoor in between this took some time to remember an old colleague., Farah Naaz.

This 90s actress was remembered by Rishi Kapoor was a very absurd reason. In the same tweet he praised her for her acting and thought she “could have made it big” and also took it away by calling her “unprofessional”.

Rishi Kapoor took to Twitter to share a picture of the actress and wrote, “One of the prettiest heroines and a wonderful actor Farah Naaz, elder sister of Tabu. Eccentric, would have been big if she was professional.” 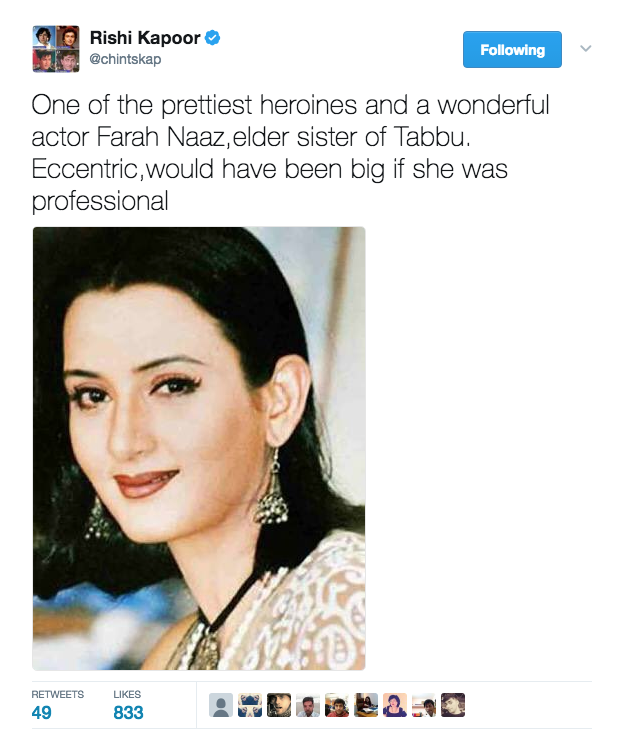 For those who do not know Farah Naazshe debuted with ‘Faasle’ directed by Yash Chopra co-starring Sunil Dutt and was briefly considered the next big thing in Bollywood before settling into oblivion. She has worked with biggies of Bollywood like Rajesh Khanna, Kapoor himself, Aamir Khan, Govinda and Sunny Deol. She went on to do films like Love 86, Baap Numbri Beta Dus Numbri and Who Phir Aayegi. She is actress Tabu’s sister.

Now 48, Farah was married to actor Vindu Dara Singh whom she divorced from and later married actor Sumeet Saigal.