Kapil Sharma’s public apology to Sunil Grover left everyone in shock. Moreover, Sunil Grover replied to Kapil in very strong words. Sunil Grover slammed Kapil Sharma for his alleged bad behaviour and displaying arrogance. He even advised him to not act like GOD and respect people. Sunil also hinted that he has quit the show and is not planning to come back. The controversy started after reports had emerged that a drunken Sharma had beaten up and abused Grover on a flight from Melbourne.

Now in a shocking turn of events, Sony TV channel who has signed a contract with Sunil Grover, intervened in the whole matter. Well, Sunil Grover’s exit from the show will have an impact on the channel’s TRP.  The channel had to intervene and asked Kapil Sharma to apologise to Sunil Grover over his alleged behaviour. Apparently, Kapil Sharma did it all to damage control. Kapil also knows the after effects of Grover’s departure from the show.

Meanwhile, along with Sunil Grover, Kapil’s team members Chandan Prabhakar and Ali Asgar have also boycotted the shooting of the show. The trio did not shoot for yesterday’s episode that had Naam Shabana star cast including Taapsee Pannu and Manoj Bajpayee as guests. The show’s creative producer Preeti Simoes also tried to call up them but none of them responded her. 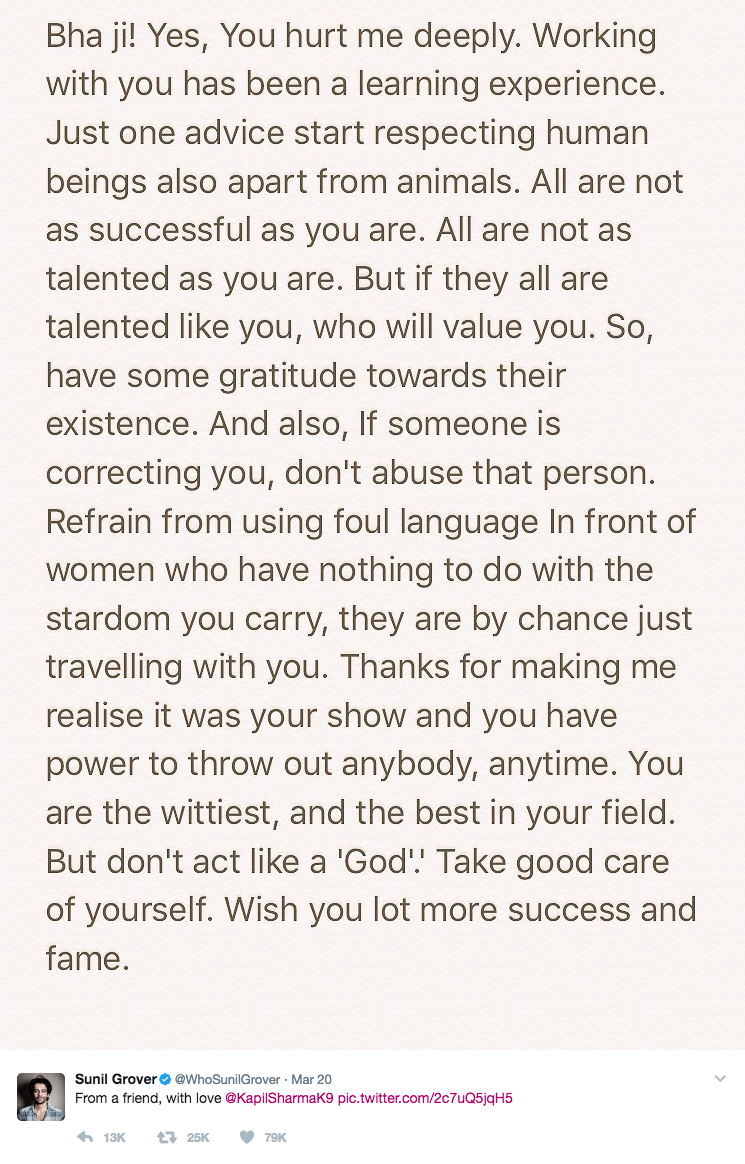