Home BOLLYWOOD Guess Who Is Kapil Sharma’s Guest For The 100th Episode Of His... 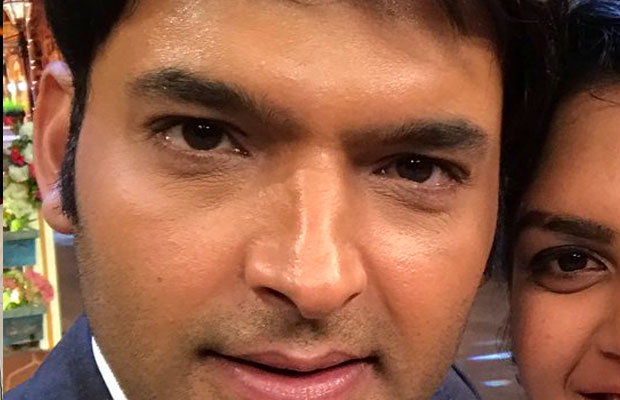 Comedian Kapil Sharma has got someone special as a guest for the 100th episode of his show.

Comedian Kapil Sharma’s ugly spat with Sunil Grover on a Melbourne-Mumbai flight is getting complicated with each passing day. After Sunil Grover, other comedians Ali Asgar and Chandan Prabhakar have also quit the show. Things are surely turning unexpected for Kapil Sharma. Even the TRP of “The Kapil Sharma Show” has fallen drastically. But as they say, the show must go on! Kapil is continuing shooting for the show even without his team. He is also seen increasing new comedians in his team.

Former teammate Upasana Singh, who won hearts with her hit character ‘Bua’, recently made a comeback on the show. Well, now Kapil will be soon seen hosting National Woman Cricketer, Veda Krishnamurthy for the 100th episode of ‘The Kapil Sharma Show’. The show has reached the milestone and will soon complete 100 episodes.

Veda Krishnamurthy, who shot for the show recently, was all praises for Kapil. She took to her Twitter and wrote, “What fun when he’s around !! @KapilSharmaK9 thank you for having us on the show !! #TheKapilSharmaShow#100thepisode#fun”

What fun when he’s around !! @KapilSharmaK9 thank you for having us on the show !! #TheKapilSharmaShow#100thepisode#fun ?? pic.twitter.com/EymTTPw0tj

Meanwhile, Kapil Sharma’s friendship with Ali Asgar and Chandan Prabhakar has also not gone down well. Letting the world know that their fighting is far from over, Kapil unfollowed both the comedians on twitter.