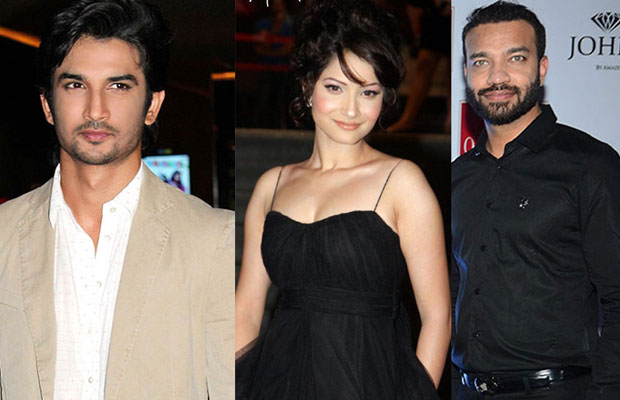 Last year, Sushant Singh Rajput and Ankita Lokhande’s breakup news came as a shock for fans as well as for media. Especially, since the duo had publicly announced that they were going to tie the knot soon, the news had left fans berserk. Soon several reports about their break up started doing rounds. Some stated that Sushant’s closeness with Kriti Sanon was the reason behind their break up. However, the real reason is yet not known.

While Sushant Singh Rajput is spotted with Kriti Sanon, reports are doing rounds that the ‘Pavitra Rishta’ actress is reportedly dating Mumbai businessman Vikas Jain, also known as Vicky. As reported by a leading tabloid, they are more than just friends, and this was evident from their body language at a Holi bash last month.

However, Ankita Lokhande has firmly rubbished the rumours. Talking to an entertainment portal, Ankita stated that she starts dating every guy who is her friend (sarcastically slams the reports). The gorgeous actress also added saying that she does not care about such rumours as there is no point in saying anything. She feels constant rumours are fine as she cannot help.

Ankita Lokhande also went on to say that it’s been one year since she is listening to these stories and also said that she would let the world know when she is officially dating someone.

Meanwhile, post-breakup, Sushant Singh Rajput is apparently growing close to Kriti Sanon, sparking the rumours of their relationship. The actor also took Kriti for a ride in his brand new car while their visit to a director’s office. Professionally, Kriti and Sushant will be seen together in their upcoming film Raabta. The trailer of the movie is all set to release today.