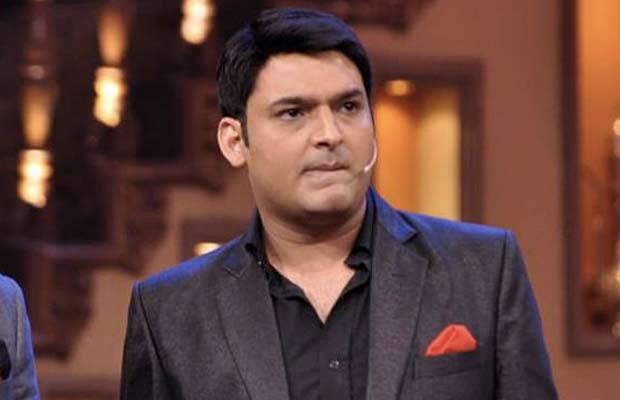 Stand-up comedian Kapil Sharma who is all geared up to set his foot in the tinsel town has already encountered some deep hassle in his debut film ‘Kis Kisko Pyaar Karoon’. The comedy star Kapil who earned fame from his show Comedy Nights With Kapil is soon going to make his silver screen presence.

According to reports, Kapil’s film ‘Kis Kisko Pyaar Karoon’ has a striking resemblance to a Kannada film ‘Nimbe Huli’. The rights of the film have already been given to a production house who were soon going to initiate its Hindi remake. However, the original makers of film saw the trailer of Kapil Sharma’s movie and were shocked to see its similarities with their project.

On learning the same, the production house who has now acquired the rights of the film has filed a complaint against the makers of Kapil Sharma’s film and has urged them to provide a reason for this hassle.

The Kannada film ‘Nimbe Huli’ was released last year and the story line features a man who has many wives and all of whom live nearby, the comedy film depicts how the man deals with the problems and manages them all.

‘Kis Kisko Pyaar Karoon’ is undoubtedly a very important film for Kapil as it will mark his debut on the silver screen. The film is helmed by filmmakers Abbas – Mustan and is a multi-starrer. The out and out comedy flick features Sunny Leone, Sanjay Adhikari, Elli Avram, Simran Kaur Mundi, Manjari Phadnis, Varun Sharma, Supriya Pathak, Manoj Joshi and Sai Lokur in key roles.

The film ‘Kis Kisko Pyaar Karoon’ is set to release on September 25th, 2015 and will clash with Madhur Bhandarkar’s dark film ‘Calendar Girls’ which releases on the same day. Now whether Kapil’s film surpasses these legal problems or no only time will tell.