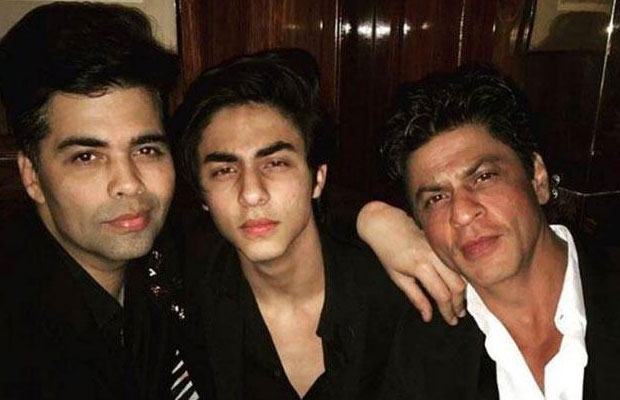 Karan Johar is fed up of the nepotism allegations; defends himself in his long blog post.

The Bollywood director and producer, Karan Johar has been accused of supporting nepotism in the industry is nothing new. But what is new is Karan’s long blog post on NDTV, defending himself against the allegations.

The filmmaker is fed up of all the stories popping up now and then against him. So, he decided to justify himself with a blog post which not only defends him, but also defends nepotism. The Director started off by explaining nepospasms (in his words, a condition that starts from the fesr of word- nepotism) and that he is going through it.

“While we’re on the subject, may I point out that while we can (and have) put the star on screen, we cannot make the audience arrive. So if it is a nepotistic world, we’re not the only ones guilty of it. Taken a look at any entertainment website recently? They’re full of star kids. It’s all about Sara (Ali Khan) and Jhanvi (Kapoor) and Aryan (Khan) and Aarav (Kumar). They step out and they’re photographed, they’re the ultimate clickbait,” KJo wrote saying that he is not the only one guilty.

“Yes, I have launched Alia Bhatt and Varun Dhawan, and, yes, maybe you can say nepotism played a part. You can argue that there was proximity and I leveraged it, that there were relationships at play which were factored. David Dhawan was, and is, a friend. I took his son on as an AD (assistant director) as a favour to that friend. And then I saw talent. And then I platformed it. When it came to Alia, I wasn’t even talking to Mahesh Bhatt! I’ve even gone on record saying we had issues. We had auditioned 5,000 people and she was one of them. If there was anyone better than Alia Bhatt, she would have been in the movie, but there wasn’t. She just stood out. Maybe her name played a role in why, but I think her body of work already proves that’s not it,” Karan Johar wrote.

He went on to state that he is there for business and is not running an NGO, “We’re not NGOs! We are businesses with bottom lines and budgets. And tomorrow if I want to launch Shah Rukh Khan’s son because he’s Shah Rukh Khan’s son and I believe I can gain from it, why won’t I? I run a company, it’s a balance of commerce and art, and both matter,”

Well that was a long clarification that Karan Johar gave regarding his choices in the industry. Is it going to end the long trail that has been running after Kangana Ranaut’s comment on his show? Let us know your thoughts in the comment box!