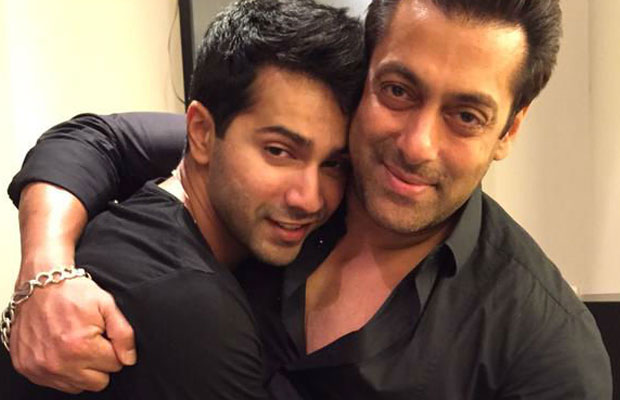 Salman Khan is doing a cameo role in Varun Dhawan’s Judwaa 2 and might feature in one of his own songs recreated for the film.

Varun Dhawan starrer Judwaa 2 is going to have a special appearance of the Bollywood star Salman Khan. The actor was actually the main lead in the film Judwaa, playing the role of the twins Raja and Prem.

Now if the reports are to be believed, then the actor will also be seen shaking his legs on a remixed version of one of his own songs. The song can be either Oonchi Hai Building or Tan Tana Tan, which originally belong to the film Judwaa.

“Salman is all heart. When we need him, he’ll be there,” says David Dhawan, the director of the film when talking about the Sultan actor.

A source associated with the film states, “The plan is to give fans of the original, a moment of nostalgia, by showing him grove to his own song, but it’s yet to be decided which of the two songs he will appear in. The number will also feature the new leads, Varun Dhawan, Jacqueline Fernandez and Taapsee Pannu. The songs will be filmed in a Mumbai studio once Varun and Taapsee are done with the upcoming 40-day UK schedule in April.”

When Varun Dhawan was asked upon the question of Salman featuring in the song, he says, “It’s a surprise, let it remain a surprise. People will be happy with it. All I can say is we are working on it. We are all aware it’s a big responsibility and we will try and do our best.”

The sequel to Judwaa, titled Judwaa 2, starring Varun Dhawan, Jacqueline Fernandez and Tapsee Pannu is slated to release on September 29, this year.