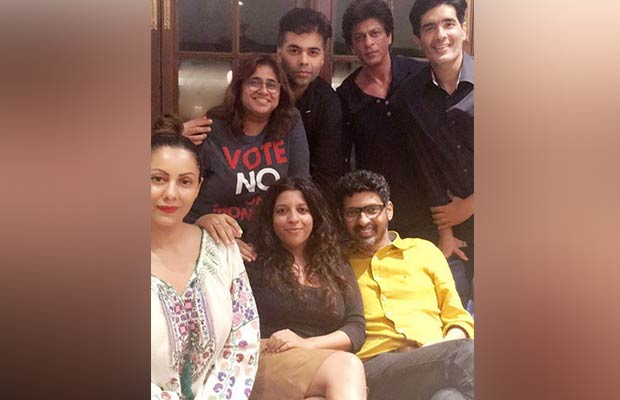 [tps_footer]Karan Johar is known for his bold and sassy columns. The producer-director is too famous for his outspoken demeanor and for his Coffee with Karan show. The show always has some controversial highlights which then comes in the limelight once the season is over. The filmmaker talks about how infidelity is rampant in Bollywood. “Everyone is cheating on everyone,” says Karan Johar in this very honest note to NDTV.

Karan Johar further states that everyone let it be a man or a woman, all of them are cheating on each other. He added, now everyone is at it – and they’ve stopped pretending they’re not. Industrialists go on ‘work trips’, actors go ‘indoors’ on their ‘outdoors’. He said, all those stereotypes that girls are more faithful than the guys and sit quietly waiting for their husbands/partners to come home is no longer true at all. He has been at parties where everyone has a roving eye and a shaking thigh. It seems like the women are saying if they’re getting some, why shouldn’t I too? And that applaud is boosting their confidence and morale. They have their cheat days same as anyone. Why stick to a la carte, when the buffet offers such range?”

We all know that the more the world is glamorous, the more they have secret loopholes. Actors talk about true love, do they believe in love or it is just mere show off? Are we equally confused about Bollywood equations? Karan Johar is known for bindass attitude and this column of him is not only an eye-opener but it also very well defines the Hypocrisy in Bollywood.

What do you think about this? Tell us in the comments below.[/tps_footer]