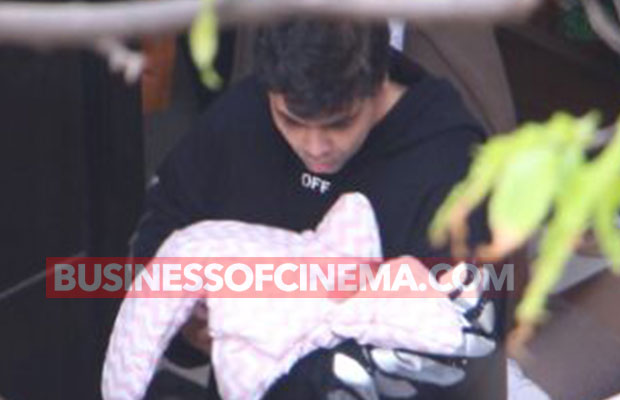 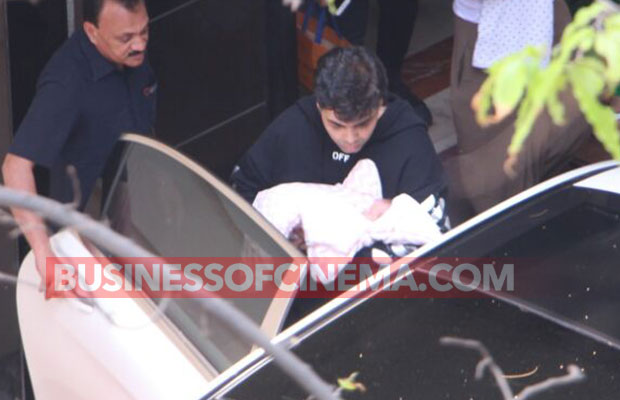 Earlier today, Karan Johar was spotted taking his twins; Yash and Roohi back home from Suburban hospital in Mumbai.  As Yash and Roohi were born premature, they were admitted at the NICU since their birth in February this year.

One can see in the photos, Karan is carefully carrying one of the babies in his arms as he makes his way inside the car. While one of his female friends is seen carrying the other baby to the car. Karan Johar had earlier said that his twins are his priority and will take a backseat now from his career and traveling. Seems the right time has arrived as he takes his twins back home.

On Tuesday, Shah Rukh Khan and Alia Bhatt were also spotted visiting Roohi and Yash at the hospital. Now that the adorable kids are back home, we will surely see B-town celebrities visiting to see them.

Announcing about his surrogate babies, Karan Johar had posted then, “I am ecstatic to share with you all the two most wonderful additions to my life, my children, and lifelines; Roohi and Yash. I feel enormously blessed to be a parent to these pieces of my heart who were welcomed into this world with the help of the marvels of medical science.”[/tps_footer]