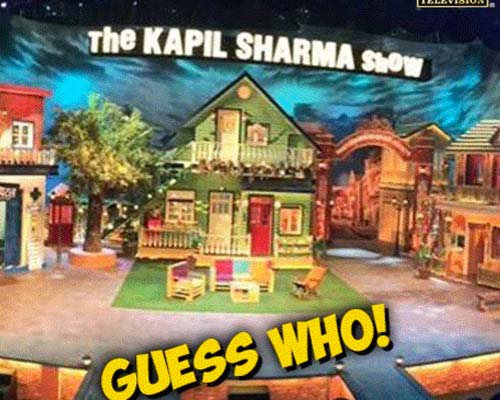 There’s a big surprise coming up on The Kapil Sharma Show this week, reveals Sony TV.

The Kapil Sharma Show is witnessing back to back new entries since Kapil Sharma and Sunil Grover got into an ugly fight. Their fight is taking new twists and turns with each passing day. Amid everything, the official handle of Sony TV has tweeted a picture from the show. The post says someone new is going to come to Kapil’s “Mohalla”.

Last week, comedians Raju Srivastav, Sunil Pal and Ahsaan Qureshi were a part of The Kapil Sharma Show as guest appearances. However, they could not create any difference in the TRP of the show. In fact, their appearances made audience miss their favourite Dr. Mashoor Gulati and Rinku Bhabhi, played by Sunil Grover.

Meanwhile, Sunil Grover has quit the show and is not planning to return back. Despite a public apology by Kapil, Sunil has not forgiven Kapil. Along with Sunil, even Chandan Prabhakar and Ali Asgar have boycotted the show.

Now we wonder who the new entry on the show is. Are the makers of the show talking about any celebrity guest? Well, it’s time to throw your guesses in the comments section below.