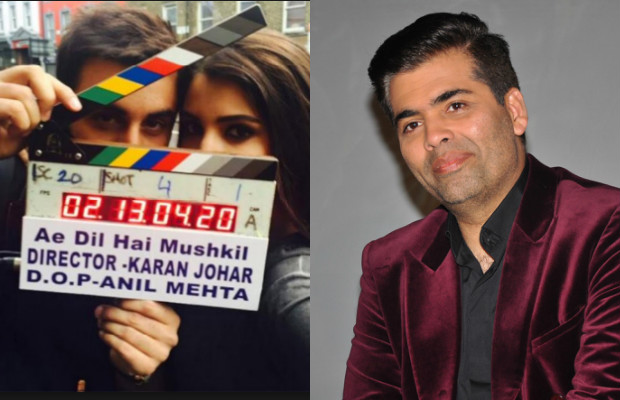 We all are waiting to see a glimpse of Karan Johar’s multi-starrer Ae Dil Hai Mushkil. Nothing related to this Diwali release is yet out publicly. Well, looks like Karan has finally made his mind unveil the trailer soon.

According to reports, the trailer of much-awaited ADHM will be out by August end. Isn’t that a great news for all KJo fans? Well, initially there were rumours that the trailer will come out with Baar Baar Dekho. But, now fans might soon get to see the trailer. Also, Karan is all occupied in promoting BBD and his international Dream Tour. It seems like he has finally managed to take out some time to work on Ae Dil Hai Mushkil.

ADHM has an ensemble cast of Aishwarya Rai Bachchan, Ranbir Kapoor, Anushka Sharma, and Fawad Khan. Apparently, superstar Shah Rukh Khan is also having a cameo in the film. Well, ADHM is a complete star-studded film. The grandiose project of Karan’s will clash Ajay Devgn’s epic film Shivaay. Shivaay’s trailer came out a few days ago and already crossed 25 million views within no time. On the clash, Ajay stated that he doesn’t waste his time thinking about others’ films. Also, neither Karan nor Ajay is in a mood to push the release date ahead. Well, viewers are going to witness yet another big clash after Rustom – Mohenjo Daro.

Both ADHM and Shivaay will hit the silver screen on October 28.