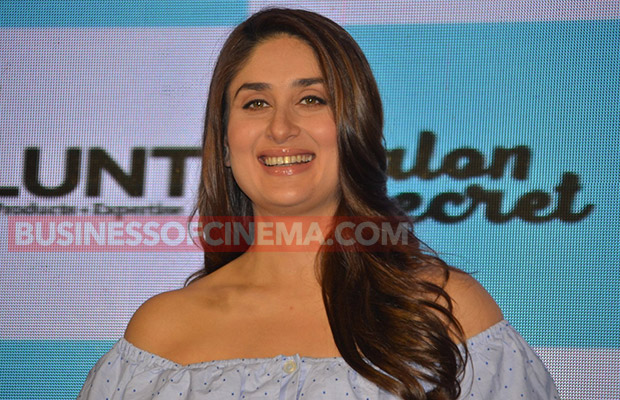 [tps_footer]Kareena Kapoor Khan has time and again stated that her pregnancy will not hinder her professional commitments. The mind blowing actress who is expecting her first child this year was all geared up to go ahead with ‘Veere Di Wedding’. The film also stars actress Sonam Kapoor in a lead role. The film was to start rolling next month but until now there has been no update about the same.

Actress Sonam was too vocal about the film while Kareena Kapoor Khan has just dropped a tricky hint as to leaving out the film. Recently, during an event, Kareena was asked about the stated film and she replied, “Talking about the film, we’ll figure out the dates and how I feel.”

Well, the actress was not keen on sharing the details and surely hinted at the fact that she is no longer a part of the movie. The actual reason for her speculated exit is not yet known. Rumor mills state that Kareena Kapoor’s pregnancy is not the reason but there are other issues with the project too.

The Ki and Ka actress has been very clear that in spite of her pregnancy she is ready to do films and any filmmaker who wishes to offer her a film can do so without hesitation. Well, with this confusing reply we cannot gauge what the actual problem is!

There has been no official update on ‘Veere Di Wedding’ until now and grapevines are filled with all sorts of assumptions.

‘Veere Di Wedding’ is a woman-centric film. Now whether the audiences will get to see Kareena Kapoor Khan and Sonam Kapoor together on the silver screen is yet to be seen.