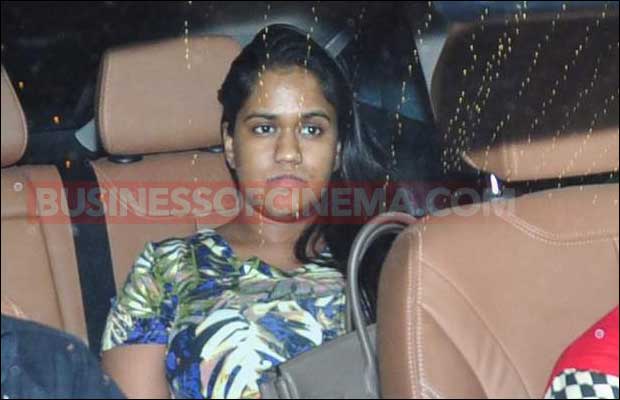 [tps_footer]Cash and valuables amounting to Rs.3.25 lakhs have been stolen from Arpita Khan Sharma’s residence. Salman Khan’s sister Arpita who was busy in the recent festivities realized the theft only on Sunday i.e.21st August. Arpita and husband Aayush Sharma were on a holidaying spree when the theft took place.

The case has been registered at the Khar police station. The police authorities have hinted at the fact that the maid named Aafsa might be behind the theft. The maid who has been working for the family is missing since July 30th. Her absence has now made her the speculated culprit. The police officials are trying to look for her to get the details.

Arpita Khan Sharma and Aayush Sharma came back from their holiday and realized about the theft. The police authorities say that the theft may have taken place a lot earlier. Not only are the valuables and cash absent from the residence, many designer clothes have also been robbed.

According to the cops cash worth Rs.2.25 lakhs has been stolen and a gold chain amounting to around 10 gms is also absent along with the pricey clothes.

The case has been registered under the IPC Section 381. The investigations for the same are ongoing.