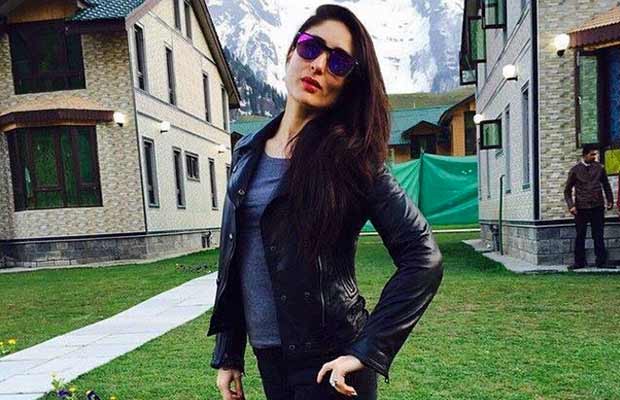 [tps_footer]Kareena Kapoor Khan is one of the most credible actresses of B-Town. The starlet who has worked with all the three Khans is also mingling a lot with the newbies of the tinsel town. Kareena who used to work only with a selected lot of directors is lately accepting offers from new filmmakers as well. Can we say that this gorgeous star is getting a bit wary of her stardom?

The 3 Idiots actress paired up with actor Arjun Kapoor for the film ‘Ki and Ka’. Moreover, the starlet is not doing many films like she used to and is opting for new generation costars and directors. It was also rumored earlier that Bebo is not too happy that Alia Bhatt is being compared to her. The following comparisons were not very well taken by the Bajrangi Bhaijaan actress.

Refuting all the rumors, Kareena and Alia were recently all laden with love for each other during the promotions of ‘Udta Punjab’. The two actresses were seen hugging each other too. It can be rightly assumed that the Jab We Met actress is playing it safe by maintaining good terms with the new lot.

After the film ‘Ki and Ka’, Kareena opted to star in the film ‘Udta Punjab’. The films featured actors Shahid Kapoor, Alia Bhatt and Diljit Dosanjh. The beautiful actress shared screen space with new entrant Diljit Dosanjh in the film.

Apart from ‘Udta Punjab’, Kareena Kapoor Khan has now taken up another project with actress Sonam Kapoor. The film is titled ‘Veere Di Wedding’. The much-awaited film is a women-centric one which stars Sonam Kapoor in a lead role apart from Kareena.

Well, we are surely impressed by Bebo’s choices! [/tps_footer]