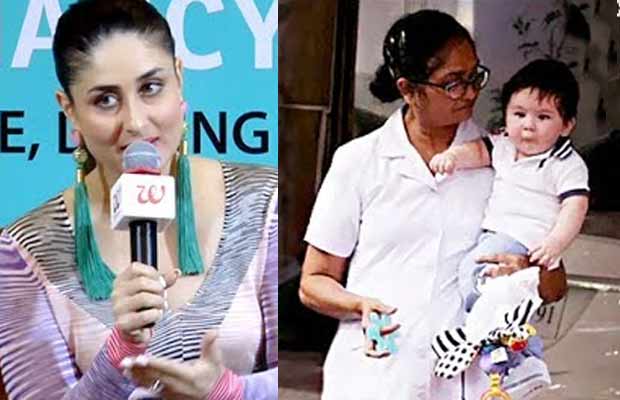 Kareena Kapoor Khan speaks up about how social media trollers commented on her parenting and not giving enough time to son Taimur Ali Khan.

This is no denying that Bollywood’s gorgeous actress Kareena Kapoor Khan is a doting mother and is redefining mum goals with each passing day. -A successful actor, wife, and now a doting mother, is surely enjoying the current phase of her life. Besides being a mom to seven-month-old son Taimur Ali Khan, Kareena has also started prepping for her role in Veerey Di Wedding, which also stars Sonam Kapoor.

The yummy mummy is looking forward for her first project after pregnancy and will be planning the future projects only after the release of the said film. The actress also adds saying that her planning to do films will also depend on how her son takes to her absence.

“Getting back to work after having Taimur is a new experience. Although he will be with me when we start shooting in August, even travelling with me outdoors, I don’t know how he will adjust to my long absence, if the film demands it. So, this film will be my testing ground in many ways,” says Kareena Kapoor Khan, at the launch of nutritionist Rujuta Diwekar’s book, Pregnancy Notes.

Well, post pregnancy and soon after her son was born, Kareena hosted a charismas party. It was like a family gathering to celebrate the arrival of Taimur as well as Christmas. Saif and Kareena’s friends also joined the party. However, Kareena was trolled and shamed for not spending enough time with the newborn. Every time when she stepped out for lunch and dinner with her friends, social media was flooded with advice on her parenting. But nothing has bothered Kareena Kapoor Khan.

“Going out with friends doesn’t make me any less of a good mother. Motherhood doesn’t mean a woman must give up on herself. It’s easy to see a photograph of me and jump to conclusions, but people don’t know my equation with my child. We are capable of multitasking,” says Kareena who is unfazed with any comments on her parenting.