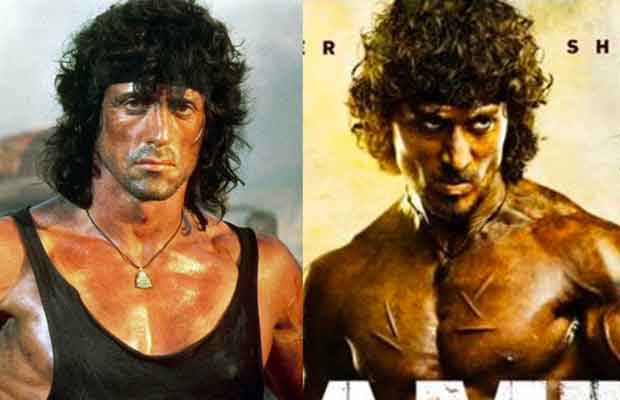 The famous Hollywood superstar, Sylvester Stallone might be seen doing a cameo in the Indian remake of his Hollywood film, Rambo starring Tiger Shroff.

The news of the Indian Remake of the Hollywood movie Rambo starring the famous veteran Hollywood star, Sylvester Stallone got the audience excited worldwide. While most of them were happy to see their favourite action hero, the Baaghi star, Tiger Shroff play the famous Hollywood star’s role, some of them worried if the Indian remake would be able to give justice to the original one.

Recently. Sylvester Stallone posted a poster of Rambo where we see Tiger in his intense, typical action hero look. The Hollywood star expressed his joy and excitement for the Indian remake of his movie and wished the young Tiger all the luck for his new venture.

It is only after this post that the rumours of him being a part of the movie started doing rounds and how we wish it’s true! How amazing would it be to see the two hot actors at their action- best?

On being asked about the reason for selecting Tiger for the film, Anand Sharma told the media that he found Jr Shroff an ‘apt choice’ to fit into the legend,Sylvester Stallone’s shoes.

Tiger who is currently busy with the promotions of his upcoming movie Munna Michael,recently spoke about how he does not want to replace the veteran Hollywood actor but pay him a tribute for his tremendous contribution to the film industry,

On being asked if he has started working on his physique for the film,Tiger was quoted saying ,
“There is no prep work as such for the film as I am busy with the promotions of Munna Michael. And then I have Baaghi 2 and Student Of The Year 2 to do. Rambo is still far off. The prep work will be exhausting especially (as) there are a lot of expectations and it’s cult action film featuring one of the legends of Hollywood. ”

I actually get excited in my heart whenever young artists get an rare opportunity to reach for the stars! Eye of the Tiger! I am sure you will put all of your heart and soul into it…Never give up young man !

Watch: Tiger Shroff REACTS On Getting Compliments From Hollywood Stars