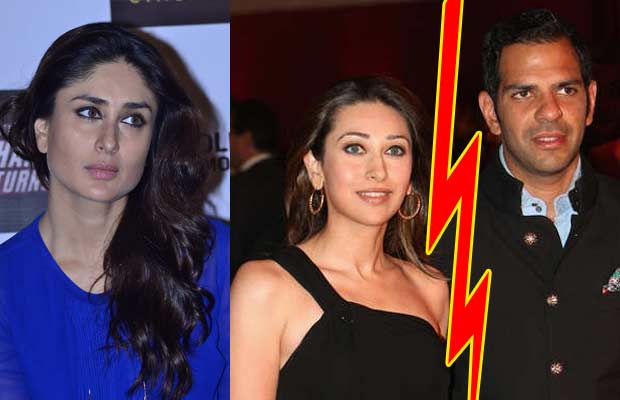 [tps_footer]Just like any sisters, Karisma Kapoor and Bollywood’s Choti Begum Kareena Kapoor Khan share a very special bond. The eder sister of the duo has been undergoing an ugly divorce battle with her husband Sunjay Kapur for quite some time now. Recently, Karisma and her ex-beau Sunjay arrived at an amicable solution in relation to the financial aspect of their matrimonial fight.

However, with many issues including “visitation” rights of Sunjay to see their kids (who reportedly will live with their mother) remained unresolved. The two do not seem to be arriving at a mutual solution to this either. The Supreme Court has fixed April 8 as the date for further hearing. Amidst all this havoc in her sister’s life, Kareena says that all she is focusing on is standing by her sister at this time.

Kareena recently confessed that she has been very uptight when it comes to talking about the issue and does not want to comment on anything that is happening in her life. She said that this happens to be a difficult time for her sister and it is tough on the entire family. While she has never spoken about it before, she is very protective about my sister. She holds her sister with too much respect and regard. She also added that whatever has been written about or has been said about Karisma’s divorce, has not been said y either of the sisters.

Kareena will be seen next with Arjun Kapoor in Ki & Ka, which releases on April 1.[/tps_footer]