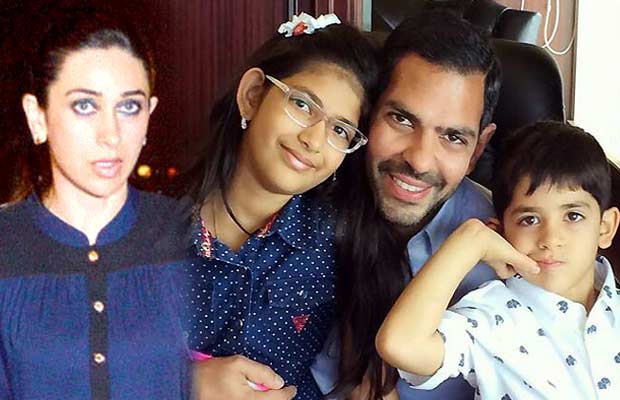 [tps_footer]Karisma Kapoor and Sunjay Kapur are gaining all the headlines for their much in limelight divorce. The already separated couple has now decided to take a legal call on their relationship. Karisma’s estranged husband Sunjay filed for a fresh petition in the month of December when things with Karisma started to get worse. The couple could not show any signs of mutual consent for arriving at a decision regarding the custody of their children.

According to reports,both Karisma Kapoor and Sunjay Kapur were present at the Court on Friday with their respective lawyers. As we all know Sunjay has already publicly blamed Karisma for not standing true on her responsibilities as a wife, daughter in law and mother. Sunjay went ahead and also stated that Karisma Kapoor had married him only for money.

Actress Karisma’s father Randhir Kapoor replied on the said comment saying that they are blessed with enough wealth and talent and do not need anyone else’s money. The blame game did not just end there; the separation has been a tragic one with numerous war of words. Sunjay then also accused Karisma of using the kids to extract money from him. Sunjay opined that Karisma prevented the kids from meeting his ailing father.

Additionally, the residential property where Karisma is residing is believed to be Sunjay Kapur’s. According to sources, Karisma Kapoor is not only living in the property but is also making the use of the infrastructure and the resources provided.

Sunjay and Karisma are now evidently at logger heads with each other. Sunjay Kapur requested Karisma to allow him to meet the kids but the actress refused his request and did not allow it to happen and instead said that he could meet them in the court. Sunjay however, explained that he did not want to expose the kids to the ugly scenario of the legal battle and therefore did not want to meet them altogether.

The case is going on in the Bandra court and both the individuals are now in the legal battle for the custody of their children.[/tps_footer]