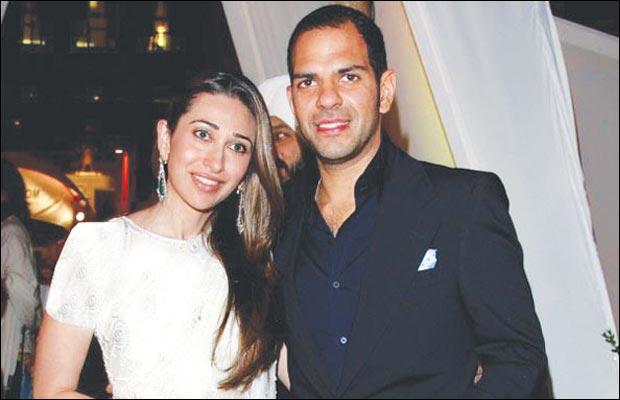 [tps_footer]When actors in Bollywood get married, it is more often than not a very grand affair. However, when they get divorced, the process is just as publicized.

The divorce battle between the once popular actress Karisma Kapoor and her businessman husband Sunjay Kapur is getting uglier day-by-day. The two have been taking shots at one another through the media and their battle is being broadcasted for all to see. According to a newspaper daily, the couple has been asked to make an appearance before the Supreme Court to resolve their issues amicably.

Karisma had filed an FIR against her in-laws alleging harassment. To this, the SC asked the couple to appear yesterday, March 8th for the hearing. The actress was even spotted outside the apex court, while Sunjay was reportedly not present. Kapur had sought a transfer of this case in SC to Delhi, as allegedly gangster Ravi Pujari’s threats had made him skeptical from entering Mumbai.

The apex court bench, that included Justice A.K. Sikri and Justice R.K. Agrawal, directed the hearing in the chamber after the bench was told that Karisma‘s presence was creating difficulty in coming in and going out of the courtroom due to the large presence of people.

In Mumbai, lawyers Mahesh Jethmalani and Sandeep Kapoor, Karisma‘s lawyers stated that Sunjay has dishonored some clauses of the agreement by the couple before the mutual consent divorce petition was filed.

Sanjay‘s lawyer gave a stiff reply stating that Kapur was willing to pay both Rs. 10 lakh per month per child and even make over the Rs. 14 crore on the maturity of the bonds, but he wants an assurance from Karisma that she will let Sunjay access to their children.

Looks like neither party is going to be backing down soon. Let’s just wait and see how this goes for the duo.[/tps_footer]