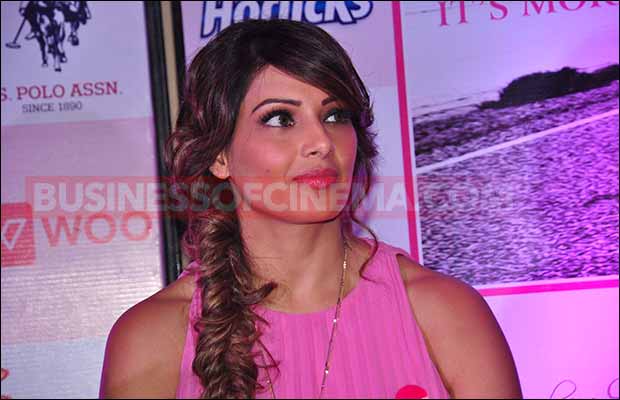 Bipasha Basu is loved by everyone for being a fitness freak. She is always seen carrying a very well toned body. The actress is also known to be called to various fitness events for her love for physical exercises. She recently attended one such event in Bengaluru. However, things seem to have gone a bit haywire after the event got over.

Bend it like Bipasha, the fitness event graced by the actress on International Yoga Day apparently lost the control over its budget and exceeded by 4 times of its estimated budget. The event, which lasted for only one hour, went up to cost a whopping amount of Rs. 45 Lac.

This sudden hike in the expenditure stunned the State Government to a great extent. They were so shocked that they even disowned the responsibility to make the payment and asked the event organisers to authenticate the expenditure.

Shwaasa, a yoga teaching institute tied up with the event is said to be demanding the amount from the government to initiate the remuneration to Bipasha. However, the director of State Government’s Ayush (Directorate of Ayurveda, Yoga and Naturopathy, Unnani, Siddha and Homeopathy) K Malkhede told a newspaper that, “No payments have been made to the private organizers so far. The programme was organised by the government and no formal invitation was extended by the state to Bipasha Basu. The government was in no way connected to her presence at Kanteerava Stadium and has no idea about the remuneration payable to her. The private partner (referring to Shwaasa) has submitted bills for various expenses and all of these are not acceptable.”

Aayush officials went on to add that the reason behind the chaos was including private entities on board.  The government directorate has earlier given a report to the state government asking for Rs. 10 Lac in order to organize the event at Kanteerava Stadium.

The finance department had also started working on the demands; however all it took was a letter from the CM’s office to change the entire plan.  The letter asked the department to handover a huge amount of Rs. 25 Lacs for an event co-organized by Shwaasa and the Karnataka Olympic Association.

However, the event needed more than the mentioned amount to which the government reverted stating that while Ayush would release Rs. 20 Lac, the remaining amount of Rs. 25 Lac would be spent by the KOA.

Therefore, a bill of Rs. 45 Lac was brought up post the event.

The event witnessed a large number of footfalls including some of the state’s eminent personalities. Chief Minister Siddaramaiah graced the event with two union ministers and also performed Yoga on the stage.