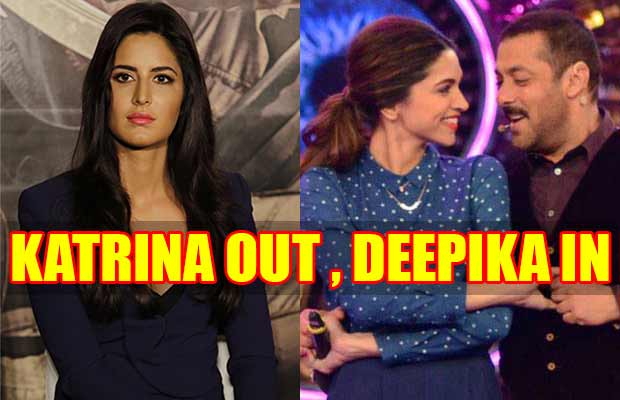 [tps_footer]Salman Khan is all set to break all the records with his upcoming film ‘Sultan’. After that Salman is all set to unite with Raj Kumar Santoshi after a long period time. Raj Kumar Santoshi is the director who made ‘Andaaz Apna Apna’ and after that he made ‘Aajab Prem Ki Gazab Kahani’. Well Salman and Aamir’s pair was the best in ‘Andaaz Apna Apna, but in ‘Aajab Prem Ki Gazab Kahani’ Salman did a small cameo.

After a long while this director actor duo will unite. And if the reports are to be believed Salman and the director have made a quite lot of times and the work for the same has already began. While Salman has been finalised as the hero, Deepika is all set to be is heroine. Initially there were rumours of Katrina being in the film, but resting all speculations it is now confirmed that Deepika will be paired opposite Salman.

Deepika who is shooting for her Hollywood flick will soon wrap up the work and start shooting with Salman. Well now we are really excited to see another new fresh pair on screen. Deepika and Salman’s pair will surely be great and the fans are already excite about them coming together for a film.

What do you think will Salman and Deepika look good together on screen?[/tps_footer]