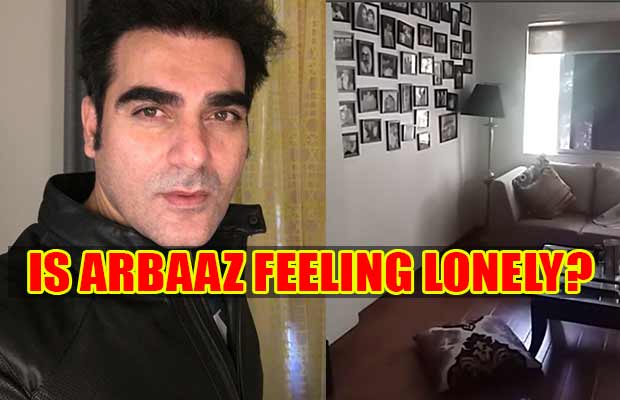 [tps_footer]It came as a shock to everyone when Bollywood couple Malaika Arora Khan and Arbaaz Khan called it quits to their 18-year-old marriage. Earlier this year, the couple issued a joint statement in which they admitted that they have separated and also clarified that they have taken a break from their marriage.

Ever since the couple announced their separation, Arbaaz Khan has been sharing emotional posts each day. It seems the actor is expressing his feelings and that how heartbroken he is, through his Instagram posts. Arbaaz Khan recently shared a video of his house, which shows an empty room with photo frames of his family hanging on the wall. The one side of the wall includes memorable pictures of Malaika and their son, which shows that the actor is actually missing his wife.

He shared the video with a caption, “Nothing on you “Bruno Mars”

Well, the post seems to be an indirect emotional message for Malaika Arora Khan, though the actor has not mentioned about it. It seems to be more obvious that he is actually hinting on his broken marriage with wife Malaika.

He had also shared a straight face picture of him with a caption, “My school friend Pepe used to say this to his girlfriend, just remembered. Thought it was too funny… ” Come into my arms like a bundle of charms and stick to my heart like malam patti “

In their joint statement, Arbaaz and Malaika had stated that they need a break and that they are finding time to figure out their lives. The couple also requested media to give them privacy and stop speculating about their private life. The couple has been married for 17 years and also has a 13-year-old son, Arhaan.[/tps_footer]