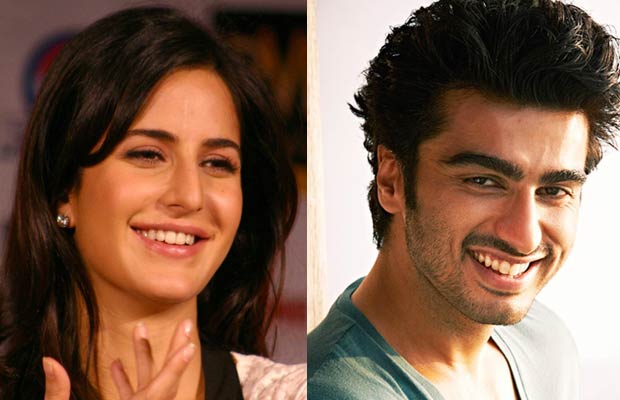 [tps_footer]Ex flames Deepika Padukone couldn’t stop herself from meeting Ranbir Kapoor, and Ranbir seems to find a lot of ease and happiness in Deepika‘s company too. Ranveer Singh, dude watch out for your Mastani !! And now we have the news of Katrina Kaif hanging out with Arjun Kapoor at Aarti Shetty‘s house in Juhu, who is a producer, entrepreneur and she also serves as the Creative Head of Walkwater Media’s Film Production Department. She is the daughter of Manmohan Shetty, who established Adlabs Films Ltd and has been credited with bringing the multiplex revolution in India.

It was reported earlier by a tabloid that, “Ranbir Kapoor and Katrina Kaif are no more living together but how the two will go about spending time with their common friends remains unknown. Both Katrina and Ranbir are good friends with producer Manmohan Shetty’s daughter Aarti Shetty and were expected to attend her birthday bash. While Ranbir did come to celebrate Aarti’s big day along with Anushka Sharma, Arjun Kapoor and a few other B-Towners, Katrina was missing at the do. Well, this seems to be one of the many tricky situations for the two where they are expected to bump into each other.”

And now, finally, Katrina has geared up to meet her friend Aarti, who is also friends with Arjun Kapoor and he is reportedly, said to be Katrina‘s Rakhi brother. Oh yes!! You read it right. Strange relations in Hollywood, you never which heartthrob will become which leading lady’s “saiyya or bhaiyya”.

But here the news that’s been floating online, “Katrina considers Arjun to be her rakhi brother. Years ago, when they had a common factor (Salman Khan) in their lives, the actress is said to have tied a rakhi to Arjun. Aarti is close to several Bollywood folk and in particular to Ranbir Kapoor and his buddy filmmaker, Ayan Mukerji.”

So, let’s wait and watch if this is just a meet, like normally friends hang out with each other or is there a project starring both, Katrina Kaif and Arjun Kapoor ????[/tps_footer]