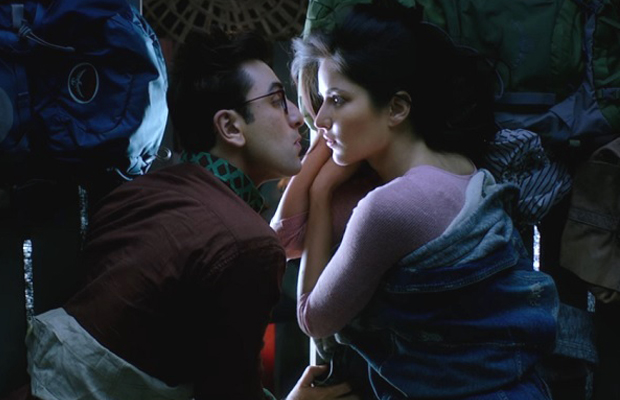 Katrina Kaif is known to be extremely professional. The reports of her and Ranbir Kapoor, her ex, shooting cordially on sets of Anurag Basu’s ‘Jagga Jasoos’ weeks after their alleged break-up, only proves her professionalism. Even when it comes to her other ex-beau, Salman Khan, Katrina is currently shooting with him for Ali Abbas Zafar’s ‘Tiger Zinda Hai’.

But it has been reported recently that Kat and Anurag are at loggerheads over a film’s poster that shows her and Ranbir lip-locked and she doesn’t want it released. And not just that, Katrina also wants a say in the creatives of the film and see it before the release of the film. The director is obviously not happy with such demands of her leading lady.

This is just adding to the woes of an already much-delayed film. The film has seen multiple delays while filming and Ranbir and Katrina are still shooting for a few song sequences. There are 29 songs in this musical film!! A trailer of the film was released with the release date of the film as April 7, 2017. But clearly it has been postponed again. The buzz is that a date post-July is being worked out, but the studio (Disney) is not keen on announcing anything before they are absolutely certain about it.

Coming back to Kat being uncomfortable about a kiss with Ranbir is unexpected. As this is not the first time she will be kissing on screen. In the past, Katrina has locked lips with Hrithik Roshan (Bang Bang), Sidharth Malhotra (Baar Baar Dekho) and Aditya Roy Kapoor (Fitoor). Maybe Kat considers kissing on-screen as being a jinxed, since all those 3 movies didn’t do well at the box-office.

While, Jagga Jasoos is going through multiple hurdles, we do hope the film releases soon. The trailer has piqued our curiosity about this Disney movie. Plus, it gets Ranbir and Katrina back together, can’t wait to see them together!

Aren’t you excited for this rom-com?